In 1980, a couple of brothers with the last name Dreyfus proposed a model of skill acquisition that has gone on to have a fair bit of influence on discussions about learning, process, and practice. Later, they would go on to publish a book based on this paper and, in that book, they would refine the model a bit to its current form.

The model lists five phases of skill acquisition: novice, advanced beginner, competent, proficient and expert. There’s obviously a lot to it, since it takes an entire book to describe it, but the gist of it is that skill acquirers move from “dogmatic following of rules and lack of big picture” to “intuitive transcending of rules and complete understanding of big picture.”
Michael Eraut summarized the five stages of increasing skill as follows:

1. Novice
• “rigid adherence to taught rules or plans”
• no exercise of “discretionary judgment”

4. Proficient
• holistic view of situation
• prioritizes importance of aspects
• “perceives deviations from the normal pattern”
• employs maxims for guidance, with meanings that adapt to the situation at hand

5. Expert
• transcends reliance on rules, guidelines, and maxims
• “intuitive grasp of situations based on deep, tacit understanding”
• has “vision of what is possible”
• uses “analytical approaches” in new situations or in case of problems

Instead, the original Dreyfus model is based on four binary qualities:
• Recollection (non-situational or situational)
• Recognition (decomposed or holistic)
• Decision (analytical or intuitive)
• Awareness (monitoring or absorbed) 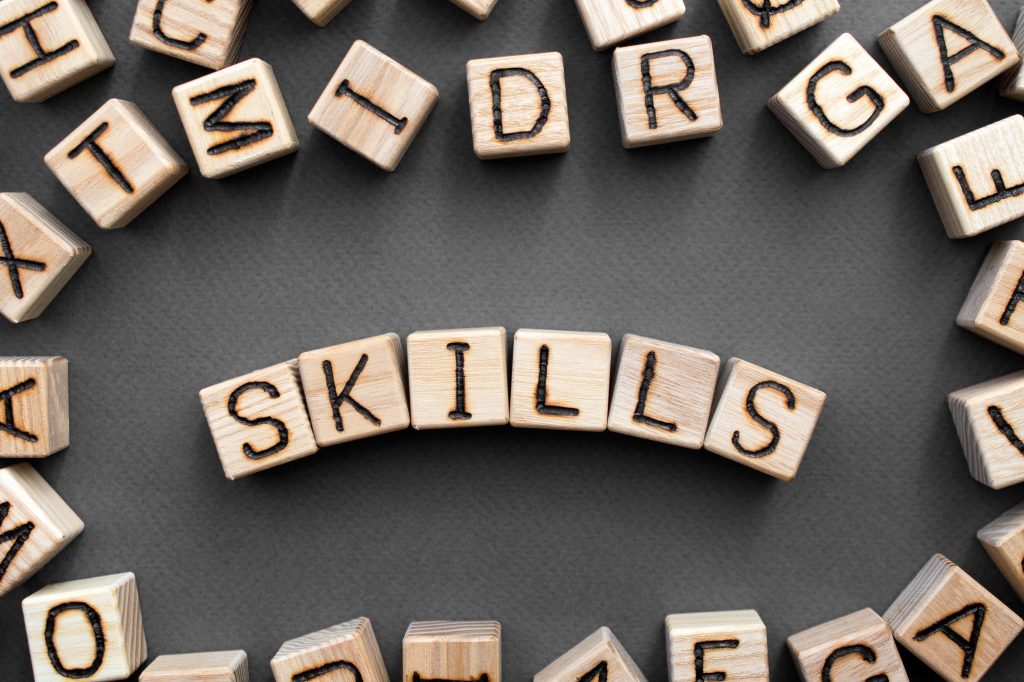 All things being equal, one might assume that there is some sort of natural, linear advancement through these phases, like earning belts in karate or money in the corporate world. But in reality, it does not shake out that way, due to both perception and attitude.
At the moment, one starts acquiring a skill, one is completely incompetent, which triggers an initial period of frustration and being stymied while waiting for someone, like an instructor, to spoon-feed process steps to the acquirer (or else, as Dreyfus put it, they “like a baby, pick it up by imitation and floundering”).

After a relatively short phase of being a complete initiate, however, one reaches a point where the skill acquisition becomes possible as a solo activity via practice, and the renewed and invigorated acquirer begins to improve quite rapidly as he or she picks “low hanging fruit.” Once all that fruit is picked, however, the unsustainably rapid pace of improvement levels off somewhat, and further proficiency becomes relatively difficult from there forward.

When you consider the Dreyfus model, you’ll notice that there is a trend over time from being heavily rules-oriented and having no understanding of the big picture to being extremely intuitive and fully grasping the big picture.

This is actually the exact path that many teams and organizations follow on lean Initiatives, going from incompetence to some degree of competence. Many rapidly improve to the point of competence and then completely leveled off. In many cases, improvement hit a local maximum and then stopped altogether, as they become too busy to continue on the path as-is or to follow through with retooling. This is an example of what, for the purposes of this post, I will call “arrested development.”

In the sense of skills acquisition, one generally realizes arrested development and remains at a static skill level due to one of two reasons: maxing out on aptitude, or some kind willingness to cease meaningful improvement.

Let’s discard the first possibility (since most professional organizations or individuals wouldn’t max out at or before bare minimum competence) and consider an interesting, specific instance of the second: voluntarily ceasing to improve “because of a belief that expert status has been reached and thus further improvement is not possible.” This opting into indefinite mediocrity is the entry into an oblique phase in skills acquisition that I will call “expert beginner.”

This isn’t true during the advanced beginner phase, since advanced beginners are on the “unskilled” end of the Dunning Kruger effect and tend to epitomize the notion that, “if I don’t understand it, it must be easy.”

But what happens when the advanced beginner doesn’t care enough to interact with the broader community and for whatever reason doesn’t have much interaction with peers? The Daily WTH is filled with such examples. They fail even while convinced that the failure is everyone else’s fault, and the nature of the game is such that blaming others is easy and handy to relieve any cognitive dissonance. They conclude that they’ve quickly reached expert status and there’s nowhere left to go. They’ve officially become expert beginners, and they’re ready to entrench themselves into some niche in an organization and collect a huge paycheck because no one around them, including them, realizes that they can do a lot better.

When you understand the Dryfus model and see it in action, you can understand how organizations struggle and stall in their lean journeys because they feel they have become experts and have nothing left to learn. When in reality they are just expert beginners and just starting. It is all about culture speed of methodology absorption.
_____________
Richard Kunst is an author, speaker and seasoned lean practitioner based in Toronto, who leads a holistic practice to coach, mentor and provide management solutions to help companies implement or accelerate their excellence journeys. You can reach him at www.kunstsolutions.com.


Related Stories
Training for the wrong skill? Be sure about the learning objective
Manage your assets: Organize them with a governance model
CAE receives approvals for acquisition of L3Harris Technologies’ Military Training business
enCore Energy completes acquisition of Texas-based uranium production, resource assets