Plant had the opportunity to speak with Tania Pratnicki Young to ask her about her role as Plant Manager, Dundee Engine Plant, Stellantis, and what led her to a career in automotive manufacturing. 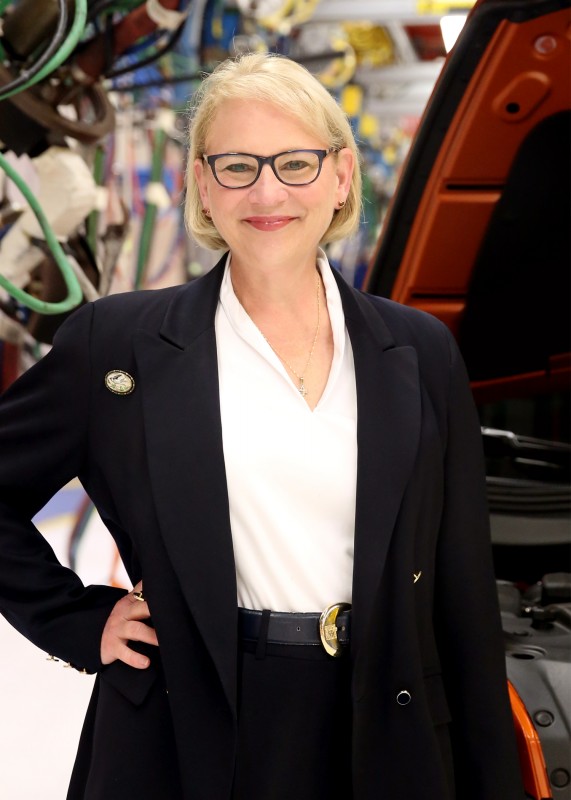 Can you discuss your career at Stellantis? How has it prepared you for the role of plant manager?

Tania Pratnicki Young: Going on 44 years at the company this coming November, I started on the line as a foreman, which is now called a supervisor unit leader, at an assembly plant for Dodge Truck. I came right out of college with a degree in history, and I didn’t know anything about a plant, except that they paid well, and were hiring women to be foremen.

I’ve been moved lots of times, I did the traditional route from a foreman into a plant manager. I was a supervisor, an area manager, a launch coordinator, a manufacturing manager, and then plant manager.

Along the way, early on in my career, I worked about six years in Mopar, which was very helpful (as a plant manager) to have cross functional experience, and it taught me a lot about material control. They were more advanced with computers back then, this was the ‘80s, so I learned a lot at Mopar. I also had a lot of different special assignments, spending a year in labour, working with a large local assembly plant.

I’ve worked at a number of different plants, and that’s what prepares you to be a plant manager. There is not one ideal path, but lots of different cross functional things, lots of special assignments, and lots of lateral moves.

Do you see yourself as a role model for young females who want to be leaders at a global company?

TPY: I like to think of myself as relatively humble. Therefore, role model is not a title that I’m comfortable describing myself as, although a lot of people describe me that way. However, because there still are not a lot of women in the industry, it’s still not the norm, and because I came up through the ranks, kind of the hard way.

I’m a good mentor and advisor to young women, and I encourage them to take lateral moves to do jobs that they don’t think they could do. I think what’s special about me is I’m a really hard worker. That’s the way I was raised. I have what’s called social intelligence to be a plant manager, as you’re in the people business. I’m good with interacting with other people and being able to relate to them.

What drew you to a career in automotive manufacturing?

TPY: My father. I got out of college in 1977 and had a degree in history, I wanted to be a history professor, and I was accepted to a couple of nice graduate schools, but I had no money. Then, my dad said they needed to hire a foreman down at the plant, and I said, well, okay. They marched me down there and they paid $300 a week, and in 1977 that was a fortune. My plan was to stay there and bank a lot of money and go to graduate school. I was 21 years old, and even though I was working a lot, six or seven days a week, I didn’t bank a lot of money.

Then I figured that I actually kind of liked this. I told myself I survived one year, so let’s see if I can survive more, but I had no intentions of doing so in the beginning. It was not something I had interest in, but I grew up in Detroit, and you don’t grow up in Detroit without knowing automotive. My father had worked for Chrysler and in and around the auto industry, so that’s how I ended up there. 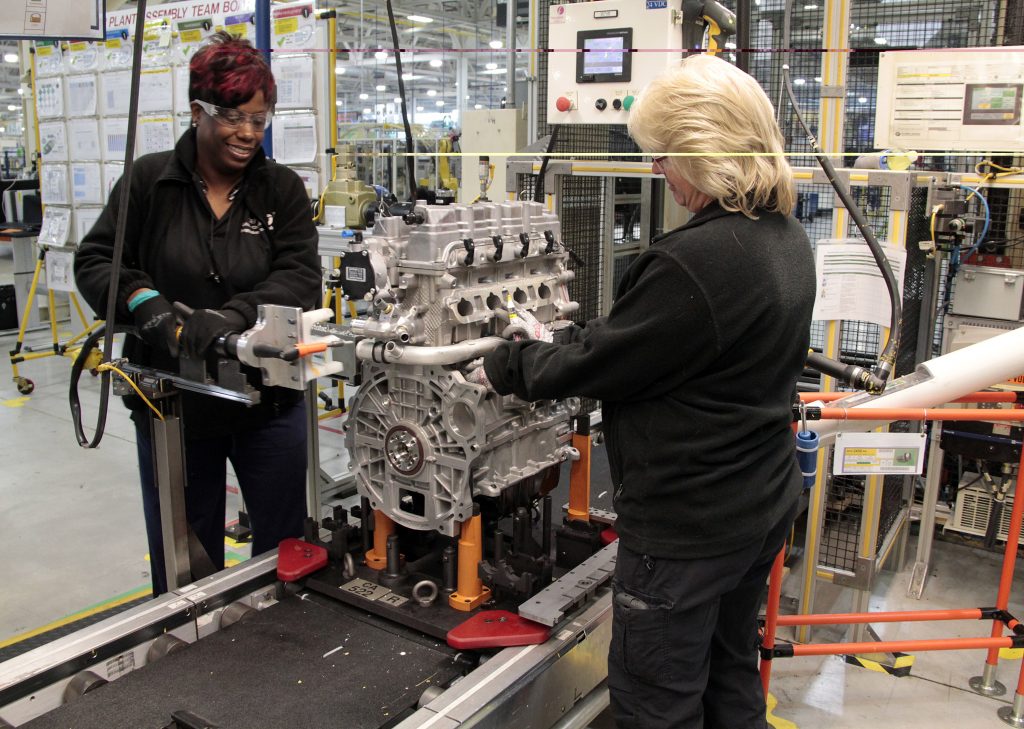 What products do you make at Dundee Engine Plant, and how does the plant work?

Recently, within the last year and a half, we added a six-cylinder engine, so we currently build four-cylinder and six-cylinder engines, all considered a high volume, and we do three-feeds, which would be the cylinders’ blocks and heads and we send them to assembly. We have about a 1,000 people across three shifts, so we have a lot of people and we’re high paced.

I’m responsible for everything, people, processes, safety, quality; there’s nothing that goes on there that I’m not responsible for. I’m in the people business, you can have great equipment, but if you don’t get great people you’re not going to do well.

What has been a project you worked on that you’re most proud of?

TPY: I consider myself very blessed at Dundee Engine Plant, it is considered a very good plant, with a history of success. In May 2015, it was awarded silver status for its results in implementing WCM. We were the first plant in America and Mexico to achieve a silver level WCM.

When I got here, in 2012, we had achieved the bronze level. After that, in a year that was our highest volume year ever, 2015, we worked around the clock. Lots of people, lots of activity, extremely high volume, we built far more than this plant was capacitated to do, and that’s when we achieved the silver level.

What advice would you give young females who want to advance a career in automotive manufacturing?

TPY: There are lots of areas in automotive. Specific to manufacturing, I tell people it’s not for everybody. Manufacturing is a hands-on, high-energy, everyday activity. You need a lot of energy, and you need a lot of commitment, and for a lot of people that can be difficult.

There are a lot of people that want to rise in the organization of manufacturing, but don’t want to ever work a second shift, or don’t want to work on weekends.Therefore, it’s not for everybody; but on the other hand,  it is a very rewarding feeling.

I love that at the end of the day, you either made it or you didn’t, you know what your quality is, you know the number of people, you may know that nobody got hurt. You know everything; you’ve got all the metrics in front of you every shift. It’s fast-paced and exciting. 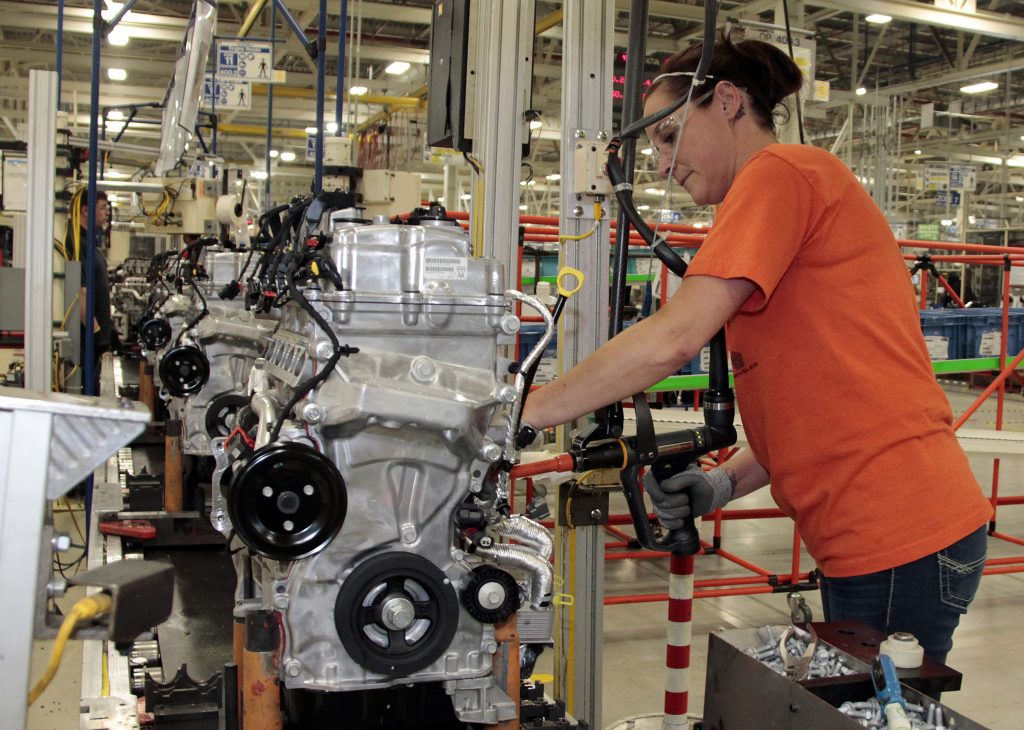 Do you face challenges in your role with regard to being a female working in a traditionally male-dominant field?

TPY: I think early on in my career, first 25 years, very few women in pure manufacturing, only some in HR and other fields. However, I never looked at myself as a woman in a man’s world, I just looked at myself and said that was my job, so I got to do it.

Early on, I can certainly say that there were instances that I can tell horror stories from. Like some men that didn’t think women belonged in those jobs. I think the best way to convince and combat people, who have these prejudices or views about other people, is to prove them wrong.

There were a lot of challenges, and it was difficult. That is why there weren’t a lot of women in the industry, and a lot of women would go into manufacturing, and most didn’t last over a few weeks. The good news is, every year I see less of that.

If you were to describe your whole journey in one word, what would that word be?

TPY: It was certainly never boring. It’s certainly been interesting. I’ve been strong. I consider myself to be a strong woman. I don’t think I’ve ever missed a day at work, and I’m a hard worker. I’m resilient, not that I don’t have setbacks, or can’t have bad days, but I’m positive. It’s been hard. There are some years that have been really difficult, and other years that have been great, but overall, I’ve been very blessed. I like to see the positive in people and myself.

I think manufacturing is an exciting field for a lot of people and women should not shy away from it. I think there are a lot of opportunities. You have to love people and all the processes and the mechanical side, and when you think about a car or an engine, the glamour of that product is exciting, but what makes it like that is the people and the processes around it.
_______________

Maryam Farag is the Associate Editor of Machinery and Equipment MRO magazine, Food and Beverage magazine, and Plant Magazine, Annex Business Media. Reach her at mfarag@annexbusinessmedia.com