Technical Safety BC maps out how and why it occurred. 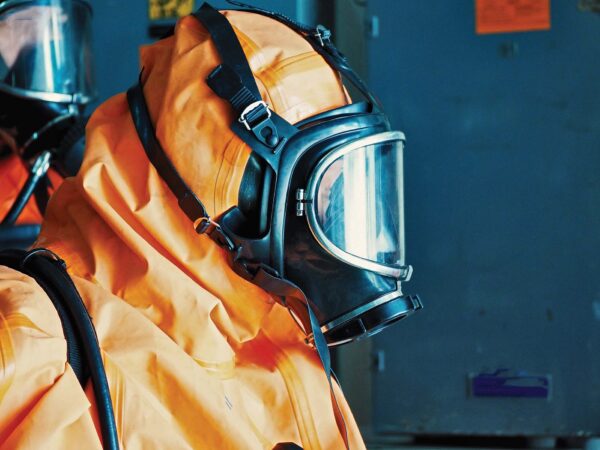 When factors combine they result in the need for emergency services. PHOTO: dear2627 – stock.adobe.com

An ammonia gas leak at a BC pet food manufacturer in 2018 highlights the importance of oversight, communication and staff training to prevent incidents that are potentially dangerous to the plant or the community.

On Oct. 24, 2018, anywhere from 485 to 1,500 pounds of toxic liquid ammonia was accidentally leaked from a ruptured evaporator into a freeze-drying production chamber at Carnature Processing in Langley, BC. As the chamber was never designed to contain an ammonia leak, some of it vented as gas into the atmosphere, requiring a two-day evacuation of the surrounding area for safety reasons.

The Technical Safety BC Incident Summary (#II-762099-2018, available online at www.technicalsafetybc.ca), reports that after unscheduled maintenance to drain oil from the pumps, the refrigeration system was noted to be slow to return to performance. Oil contamination of some system evaporators was suspected. The responding refrigeration mechanic closed valves to generate pressure within an evaporator to move or dislodge potentially trapped oil. The pressure rose rapidly once the evaporator was isolated between closed valves, breaking a pressure gauge needle and causing a rupture.

“There was no provision for ammonia extraction from the chamber,” said the Technical Safety BC Report. As a result, a four-block area around the facility had to be evacuated “while the leaked ammonia was dispersed into the atmosphere and contained within a water solution.”

After 36 hours, “we removed the residual water and ammonia into a vacuum pump truck and had that removed to a hazardous material disposal site,” says Russ Jenkins, Langley Township’s deputy fire chief.

The incident required the evacuation of 150 people in the area, while 400 more sheltered in place. None of the approximately 40 people inside Carnature Processing were injured.

The Carnature Processing ammonia leak is a classic case of “a number of contributing factors all coming together at the same time,” says Jeff Coleman, Technical Safety BC’s director of risk and safety knowledge.

He identified the three top factors as: a developing oil management issue within the processing system; a late night troubleshooting session by the plant’s employees whose mindset was one of thinking very fast and responding and trying to get quick solutions in place; and operating the refrigeration system with the hand expansion valve fully open, resulting in much greater flow of ammonia into the cooling portion of the system than what was originally designed or intended.

“They did not understand or didn’t know that the condition it was operating under created a risk of hydrostatic expansion and that the entire evaporator was flooded with liquid ammonia,” Coleman says. It only took a bit of ambient heat energy for the liquid ammonia to start expanding into gas and rupture the evaporator, which was never designed to handle this level of pressure.

Once the incident occurred, the initial response to the ammonia leak was confused. “When our apparatus arrived on scene, there was a contract company there, and they told our crews the leak had been contained,” Jenkins says. “It turns out on further investigation, the leak wasn’t actually contained, but it was confined to a vacuum chamber in their mechanical room.”

The root problem that led to the rupture was operators of the manual valve system not understanding how it was set up and that the valves were never meant to be fully opened. Adding to their lack of training was an absence of warning signs or posted Standard Operating Procedures; and there was no one in charge who understood, managed and oversaw maintenance of the freeze-drying system.

“They didn’t have a chief engineer designated at the time, and the managers of the facilities were the ones who were dealing directly with the mechanics that would come in to work on the system,” Coleman says. “Those employees who were regularly maintaining the equipment were not talking to those mechanics who were coming in to perform maintenance tasks on the equipment. So the owners and the managers did not have an understanding of the developing oil issue.”

Applying these measures ensures there’s a plan in place and staff are trained to head off potentially dangerous plant failures like the incident at Carnature Processing.

This article appeared in the January-February 2020 print edition of PLANT Magazine.