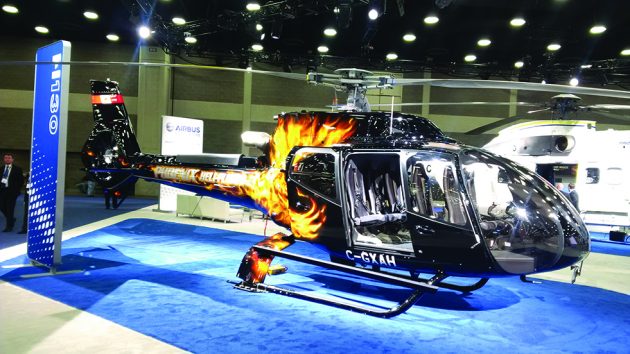 There has been some activity in Canada’s aerospace industry that’s not related to commercial or business jets. Airbus Helicopters Canada, which manufactures aircraft in Fort Erie, Ont., and boasts that since 1999, one of every two aircraft has come from there, delivered its first H130 for utility missions in North America in March.

Phoenix Heli-Flight is replacing its EC130B4 with the new H130’s utility package. The charter service was sold on the aircraft’s wide, unobstructed flat-floor cabin that accommodates an array of equipment, cargo mirrors, a cargo sling, cargo pods and a 50-amp longline controller.

The light, single-engine helicopter, with room for the pilot and up to seven passengers, represents a new addition to Airbus’s Ecureuil range. The H130’s Fenestron tail rotor and automatic variable rotor speed control significantly reduce noise levels and it has a new Turbomeca Arriel 2D engine. Airbus says more than 70% of the airframe has been modified, which substantially increases the aircraft’s versatility for additional missions such as hot and high operations, and aerial work.

Airbus Helicopters was established in Fort Erie in 1984 where it employs about 275 people who operate in a 135,625 square-foot plant. The company also operates customer support centres in Richmond, BC and Mirabel, Que. 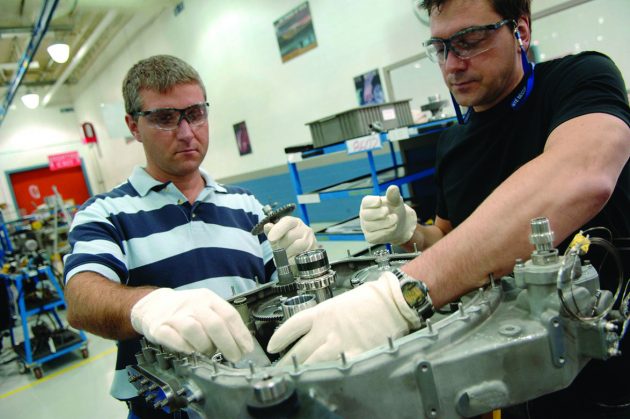 It’s a subsidiary of Airbus Helicopters (formerly Eurocopter) and is wholly owned by the Airbus Group, a global aerospace manufacturer based in France.

The H130 announcement was made at the HAI HELI-EXPO in Louisville, Ky., where there was more Airbus-related news involving Pratt & Whitney Canada, the aerospace engine manufacturer based in Longueuil, Que.

LPR, part of Polish Medical Air Rescue based in Warsaw, has added four more aircraft to its fleet of twin-engine Airbus H135P3 helicopters powered by Pratt & Whitney Canada’s PW206B3 turboshaft engines, boosting the size of the fleet to 27 aircraft.

The new engine is a variant of the PW206B2 and shares the same engine architecture, which is designed for ease of maintenance, and it delivers up to 10% more thermal takeoff power in hot and high conditions. Automatic start and power are shared between the two engines, which have the lowest emission levels in their class.

Pratt & Whitney Canada has also extended the basic time between overhaul for its PW210 turboshaft engines from 3,500 to 4,000 hours.

The extension increases time-on-wing, reduces maintenance costs by more than 10% and applies to all PW210 engines currently in service and future production.


Related Stories
Bell Helicopter to pay $1.5M in damages to Airbus in patent fight
C Series orders and name change on the horizon: Airbus CEO
Hundreds of Quebec aerospace workers to be laid off
Airbus to expand production at plant on US Gulf Coast