Hydrogen fuel cell innovator based in Burnaby, BC is powering heavy- and medium-duty commercial vehicles in 15 countries. 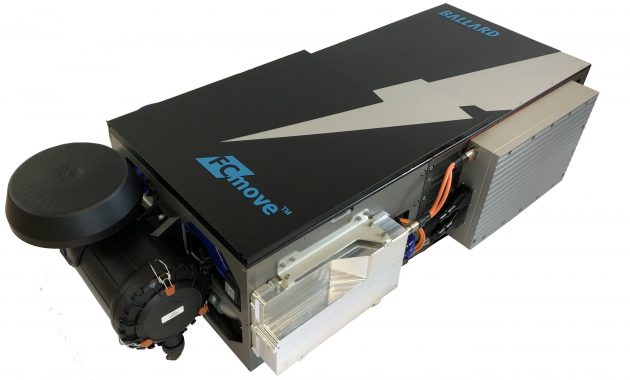 Ballard’s products – with the eighth generation power module launched in 2019 – have been used in 15 countries, including approximately 1,000 fuel cell electric buses (FCEBs) and 2,200 commercial trucks. About 70% of the more than 50 million kilometers have been clocked by vehicles in China, with the remaining vehicles deployed in Europe and North America.

“To date, more than 66 countries have established net-zero carbon targets in 2050 and more than 20 governments representing over 70% of global GDP have announced hydrogen roadmaps. Increasingly, policy is focused on decarbonizing heavy commercial vehicles that disproportionately contribute to transport emissions and have been difficult to abate – until now. The total addressable market for engines in these vehicles exceeds $130 billion annually,” said Randy MacEwen, Ballard’s president and CEO.

FCEVs monitored by Ballard delivered fuel cell uptime of approximately 98% during the first half of the year. The Burnaby, BC-based manufacturer of hydrogen fuel-cell technology said some of the FCEBs that operated over eight years in the field exceeded 38,000 hours of revenue service with no major fuel cell maintenance requirements.