Under rocket mobility seats will allow engineers to work comfortably under the belly of rockets. 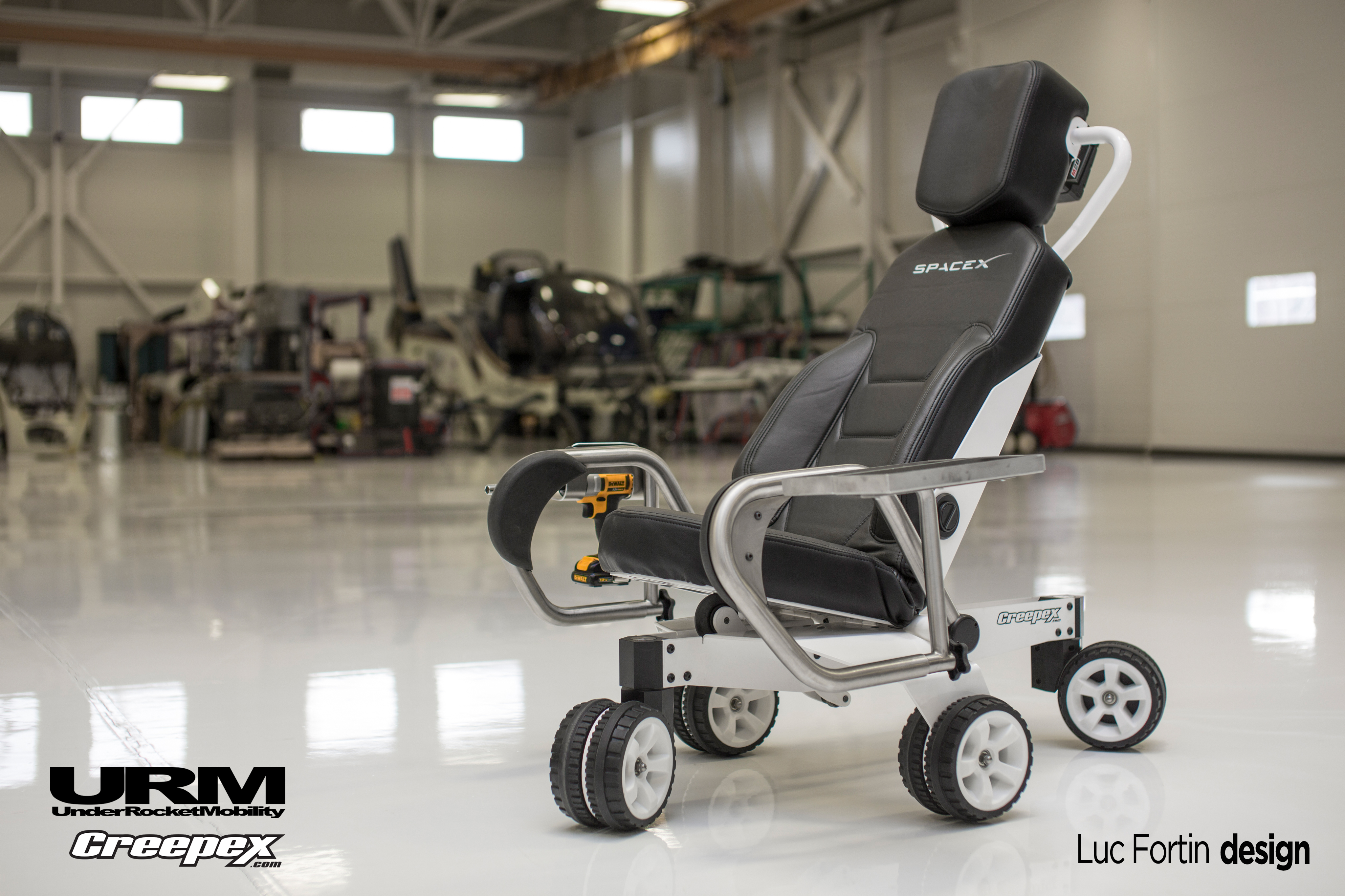 “They’ve asked us to develop something that would look cool and that of course would be efficient,” Erik Sieb of Creepex Inc. said in an interview.

The Quebec City-based company is preparing to ship its specially designed under rocket mobility seats that will allow engineers to work comfortably under the belly of the rockets.

Creepex was approached about 18 months ago by a SpaceX engineer.

It initially tried to use a system already in its portfolio, but was asked by SpaceX to develop a device with a powered back rest that could recline to a flat position that also had places to hold tools.

The new device will also be able to operate higher off the ground than is typically used to work under a truck.

After visiting the SpaceX facility, Sieb said the company took the request as a challenge.

SpaceX marked the 50th launch of a Falcon 9 rocket earlier this month.

Sieb said SpaceX warned that the few devices it will order likely won’t be enough to cover the research and development. Each unit will likely sell for less than $5,000.

“But we thought it’s too cool to not give it a try,” he said.

Sieb, who described himself as a huge Elon Musk fan, said there was an energy at the SpaceX facility that’s incomparable and exciting.

SpaceX didn’t immediately respond to a request for comment.

Sieb said some of the attributes it developed for SpaceX will probably find their way on to new devices.

Creepex was founded in 2011 by Sieb and Andre Wagner.

The company designs, manufactures and distributes creepers for garage mechanics that are made in China. Sieb said the SpaceX device will be designed and built in Quebec City.