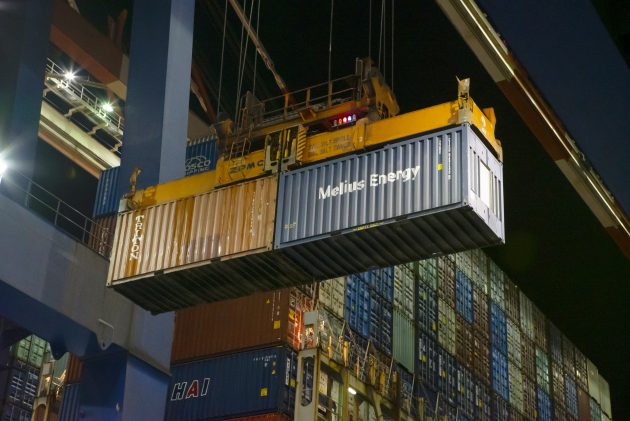 CALGARY — Melius Energy says it has successfully tested a new technology that allows oilsands bitumen to be shipped as a semi-solid product in six-metre-long shipping containers.

The Calgary-based company says it moved 130 barrels of bitumen treated with the BitCrude process from Edmonton to Prince Rupert, BC, by intermodal rail.

The company is working to line up Asian refinery customers who can use Canadian bitumen for products such as asphalt and diesel, while also signing producers of bitumen to long-term supply agreements.

The BitCrude process developed by Cal Broder uses an electrically powered diluent recovery unit to remove lighter petrochemicals, thus producing a product that’s non-flammable for transportation purposes, floats in both fresh and saltwater in custom containers and is non-toxic to marine life.

Melius says the product meets regulatory requirements of the recently passed federal oil tanker ban in northern B.C. and can be exported from Prince Rupert.

“We have now proven that we can ship bitumen to international markets safely and efficiently,” said Broder in a news release.