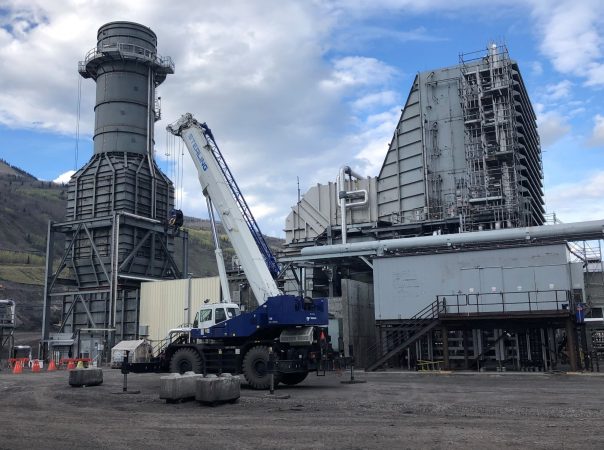 CALGARY — As Alberta moves away from coal-powered electricity generation, Maxim Power Corp. has been working with GE to convert its Milner II coal power plant to natural gas.

Maxim Power’s M II 204 megawatt (MW) natural gas-fired power plant is delivering power to the Alberta grid near Grand Cache, Alta. since the second quarter, generating less than half of the emissions of a coal-fired facility.

The DLN2.6+ upgrade improved the flexibility of the gas turbine and produces NOx (nitric oxide and nitrogen dioxide) emissions at a rate of less than 9 ppm to help successfully meet operational and environmental requirements.

“GE helped us solve our most pressing power generation challenges, such as, the upgrade and maintenance of a GE gas turbine that we purchased from a third party and sat in storage, unused, for eight years near a copper mine in the Northern part of the United States” said Bob Emmott, president and COO of Maxim Power Corp., one of Canada’s largest independent power producers based in Calgary.

The relocation project involved moving the massive turbine from the US to Alberta and the modernization of the existing combustion system.

The Milner II power plant produces the equivalent of electricity consumed by approximately 208,000 Canadian households. Maxim said it has the option to increase the capacity of the plant to approximately 300 megawatts and improve the efficiency of the plant by investing in heat recovery combined cycle technology.