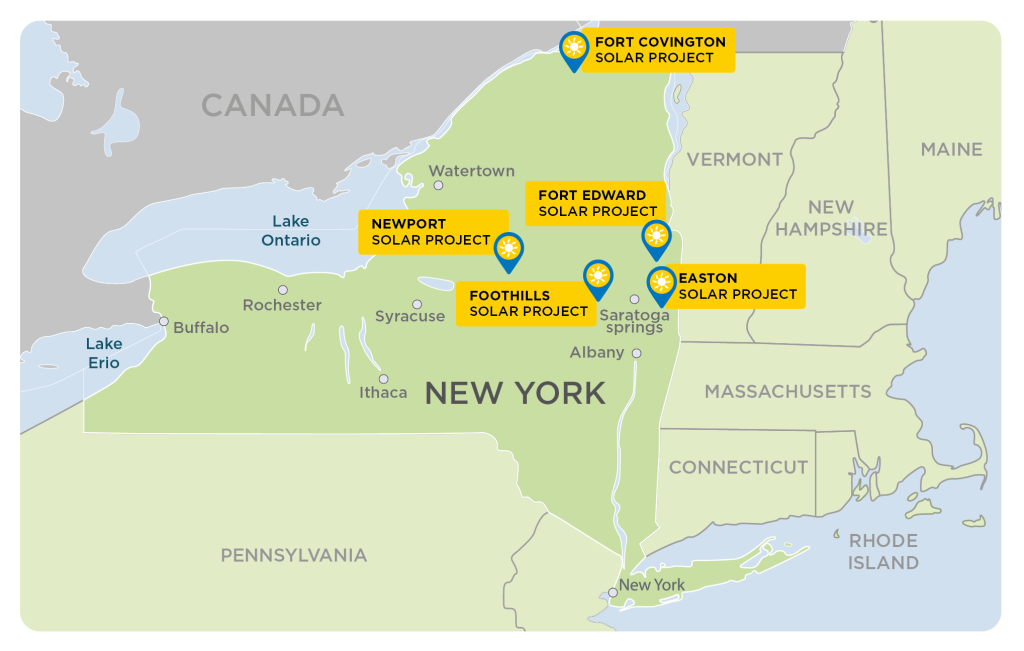 Boralex announced five solar farms totaling 540 megawatts (MW) of generation and 77 MW of storage have been selected by the New York State Energy Research and Development Authority as part of its 2021 solicitation for utility-scale renewable energy certificates.

Once constructed, the solar farms will generate over one TWh of solar electricity annually, enough to power over 141,200 homes annually.

The selected photovoltaic solar electricity generation projects will be located across upstate New York, which include:

“Today’s announcement solidifies Boralex’s role in New York State’s energy market during this critical expansion of renewable electricity generation,” said Patrick Decostre, President and CEO, Boralex. “These projects showcase the strategic, creative approaches to solar farm development and community engagement our reputation is built on. I am proud of the Boralex team and their efforts to create clean, competitive energy.”