The red spruce is making a comeback in Eastern US forests after being decimated by acid rain decades ago, thanks to stricter pollution restrictions. 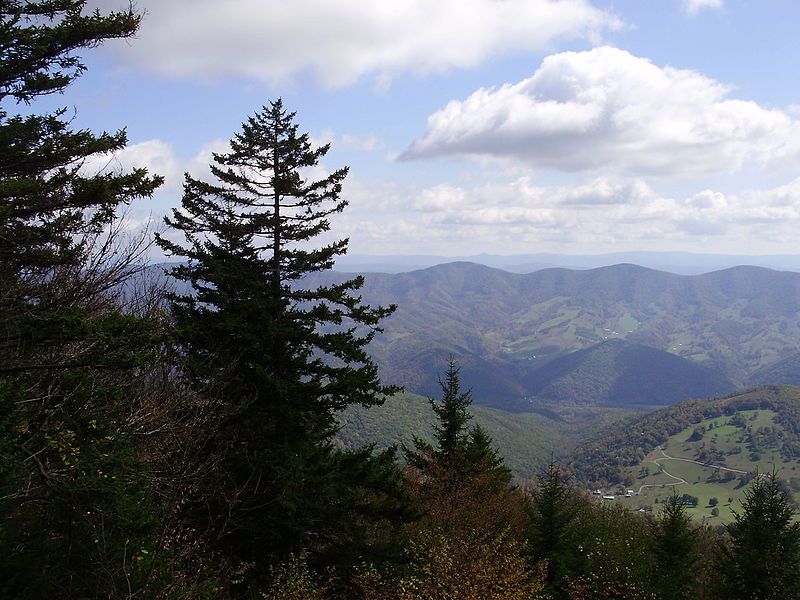 STOWE, Vt.—The grey trunks of red spruce trees killed by acid rain once heavily scarred the mountain forests of the Northeast. Now those forests are mostly green, with the crowns of red spruce peeking out of the canopy and saplings thriving below.

A main reason, scientists say, is a government-enforced reduction in the kind of air pollution that triggers acid rain.

“We’ve seen it go full arc from declining for some unknown reason, to figuring out the reason, to them doing something about the cause and then the tree responding and rebounding again,” said Paul Schaberg, a plant physiologist with the U.S. Forest Service and a co-author of a new study on red spruce who has been researching the species since the 1980s. “It’s just an amazing science arc.”

In the 1960s through the 1980s, pollution—mostly from coal-powered plants in the Midwest and car emissions carried by the wind and deposited as acidic rain, snow and fog—devastated Northeast forests and lakes, leaching nutrients from soil and killing aquatic life.

Red spruce are particularly sensitive to acid rain and, at the height of the die-off, some forests lost 50 per cent of them.

But decades later, not all the environmental damage is turning around at the pace of the red spruce.

Waterways are now showing signs of recovery, as are the upper layers of soil, although they are still strained by the acid deposits. Researchers are finding fish in lakes deemed fishless for years, but the populations are not large and the variety of species is not as diverse as before, said Gregory Lawrence, a research scientist with the U.S. Geological Survey who is based in Troy, New York.

In the 1980s, University of Vermont scientist Hubert Vogelmann brought national attention to the acid rain issue by linking air pollution to forest damage on the slopes of Vermont’s Green Mountains. Airborne chemicals reacted with water and oxygen and then, carried by the wind, were deposited as acidic rain, snow and fog.

The images of dead trees littering mountains in the 1980s helped inspire changes to the Clean Air Act in 1990. The amendments proposed by President George H.W. Bush in 1989 mandated reductions in certain gas emissions and boosted regulation of toxic pollutants.

The first signs of healthier red spruce trees in the northeastern U.S. came about five years ago, scientists said, and they decided to take a closer look.

The researchers examined 658 red spruce trees in 52 plots in Vermont, New Hampshire, New York, Massachusetts and Maine. They found that 75 per cent of the trees and 90 per cent of the plots showed increasing growth since 2001. They credit cleaner air and a warming climate that extended the growing season.

“Higher temperatures help some species and hurt others—right now, red spruce are benefiting, but they could be vulnerable to change in the future,” Schaberg said.

Similar trends are emerging in the Appalachian Mountains in West Virginia, which were also hit by acid rain, according to a recent report in the Global Change Biology journal.

That recovery should help efforts to restore red spruce forests to mountains in central Appalachia, where they were heavily logged in the late 1800s and early 1900s, reducing the habitat for the now-endangered Carolina northern flying squirrel.

Last month in Vermont, Schaberg was hiking through the woods on Mount Mansfield, Vermont’s highest peak, with Alexandra Kosiba, lead researcher for their study in the journal Science of the Total Environment. They found red spruce at middle elevations and higher that were thriving. The trees were surrounded by saplings, and seed-bearing cones lay on the ground.

“This is a good sign that the species is doing well in the near term, and then the future forests will have red spruce,” said Kosiba, a staff scientist for the Forest Ecosystem Monitoring Cooperative at the University of Vermont.

Related Stories
Expert says forests killed by insects or fire need to be protected
Half Alberta’s boreal forest could disappear due to fires and climate change
Drowning of worker who fell in vat of acid ruled accidental
Restoring forests one tree at a time, to help repair climate