The deal is the largest investment in the seafood industry by a Canadian Indigenous group. 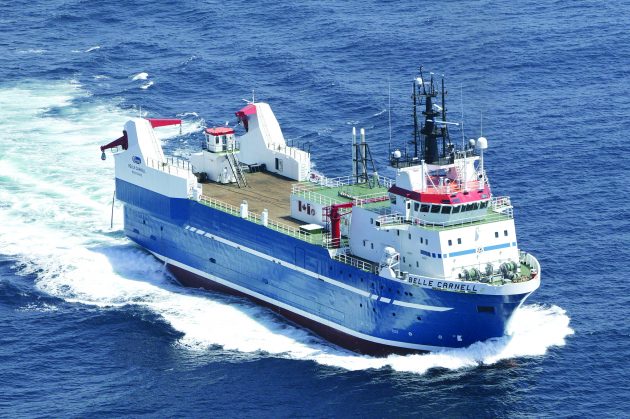 Clearwater previously had a 19-year monopoly on the Arctic clam fishery.
Photo: Clearwater

The deal announced Nov. 9 would be the largest investment in the seafood industry by a Canadian Indigenous group and comes eight months after Halifax-based Clearwater said it was exploring a possible sale.

Premium Brands is a Canadian specialty food manufacturing and distribution company based in Richmond, BC.

Clearwater shareholders would receive $8.25 per share which represents a 60.2% premium to the average volume-weighted average price for the 20-day period preceding the strategic review announcement on March 5.

The transaction has received unanimous approval of Clearwater’s board and is subject to approval by Clearwater shareholders in January.

The Mi’kmaq First Nations coalition, led by the Membertou First Nation, and Premium holdings will each acquire half ownership of Atlantic Canada’s largest fishing company that was founded in 1976.

“This is a transformational opportunity for the Mi’kmaq to become significant participants in the commercial fishery through the investment in existing infrastructure, management expertise, and a global market presence.” stated Membertou First Nation Chief Terry Paul.

Paqtnkek, Pictou Landing, Potlotek, Sipekne’katik, and We’koqma’q have confirmed their intention to participate with Membertou and Miawpukek in the investment.

“I am very pleased to recommend this transaction. It represents great value for shareholders, leverages the expertise within the company while advancing reconciliation in Canada,” said Clearwater chairman Colin MacDonald.

“I am confident that this transaction will enhance the culture of diversity and sustainable seafood excellence that exists at Clearwater.”

Each of Clearwater’s directors, the CEO and chief financial officer, which control 63.9% of outstanding shares, have entered into agreements to vote in favour of the transaction.