Patty will taste different from the ones customers can eat at other fast-food chains in Canada. 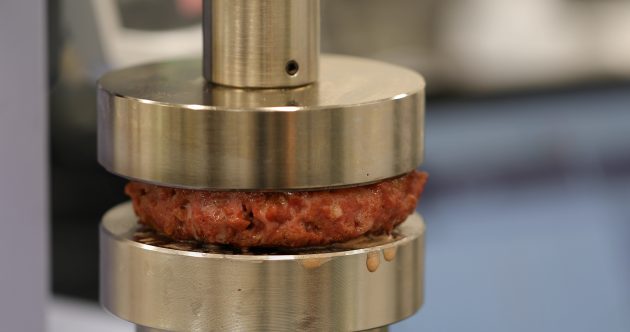 TORONTO — More than a year after A&W became the first Canadian fast-food chain to sell the now ubiquitous Beyond Meat burgers, McDonald’s Canada will roll out a limited pilot of the plant-based patty to test its customer’s appetite for vegetarian eats.

“We’ve been taking our time to get it right,” Michaela Charette, the company’s head of consumer insights, said in an interview.

McDonald’s will start serving a PLT sandwich at 28 restaurants in southwestern Ontario, including locations in London and Sarnia, on Sept. 30. The acronym stands for plant, lettuce and tomato – a take on the BLT or bacon, lettuce and tomato sandwich. It will cost $6.49.

The menu item’s main component is a Beyond Meat patty that will taste different from the ones customers can eat at other fast-food chains in Canada. Beyond Meat usually works with retailers to create a unique taste for their target demographic, as it did with McDonald’s for this 12-week pilot.

The trial is intended to be a global test, meaning McDonald’s could roll out the PLT in all of its markets, which span more than 100 countries.

Charette and chef Jeff Anderson, both staff that McDonald’s Canada, were tight-lipped on what specific metrics the company needs to see to roll out the PLT globally.

McDonald’s will collect consumer feedback on taste, track demand for the new menu item and watch whether its preparation impacts restaurant operations.

It will also be looking to answer whether it’s primarily vegan and vegetarian customers, or people who consume meat as well who buy the burger, Charette said.

After the 12-week pilot, it’s unclear if company will expand the number of restaurants serving PLT s immediately or after a hiatus.

“It’s too early to know,” said Anderson of the next steps, adding the company needs to gather some results from the pilot before making a decision.

It last introduced one – the McVeggie Deluxe – in June 2002. The restaurant pulled the soy-based patty sandwich from the menu “due to softer sales” in 2005, a spokeswoman wrote in an email.

The company believes more than a decade later, its customers are ready to embrace a vegetarian option.

“Our guests and consumers, their taste palettes, their preferences change,” Anderson said.

The pilot will help the company understand if their customers do, in fact, want a Beyond Meat option.

A&W first introduced Beyond Meat patties in early 2018, setting off a ripple effect in the fast-food industry. Since then, Subway Restaurants announced a Beyond Meatball marinara sub would come to select Canadian locations this September for a limited time. Vancouver-based White Spot Restaurants started serving Beyond Meat burgers, while Quesada Burritos & Tacos offered up a Beyond Meat burrito – just to name a few.

The move to plant-based hasn’t worked out for all, though.


Related Stories
Burger King brings a plant-based Whopper to Europe
Fake meat and a latte? Starbucks adds Beyond Meat in Canada
A&W looks to more innovation to drive growth after Beyond Meat success
Tim Hortons drops Beyond Meat products except in Ontario, BC