Quest for a million: Shell’s CCS reaches a milestone 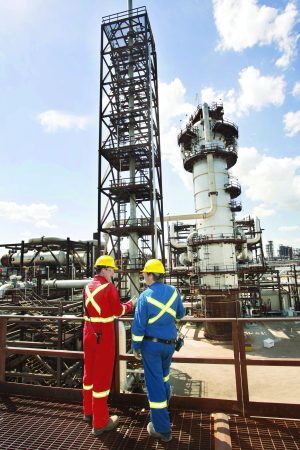 In its first operating year, the Quest carbon capture and storage (CCS) project has captured and safely stored one million tonnes of CO2, the equivalent of taking 250,000 cars off the road.

The first-of-its-kind $1.35 billion CCS project in Alberta’s oil sands, which is part of a collaborative effort between Shell Canada, and joint-venture owners Chevron Canada and Marathon Oil Canada, is ahead of schedule and under budget.

The Quest project captures about a third of the CO2 of the emissions produced at Shell’s Scotford Upgrader outside Fort Saskatchewan, Alta. Those emissions are transformed into a near-liquid and pumped two kilometres via pipeline into porous rock formations.

Globally, there are 15 large-scale CCS projects in operation with an additional seven under construction (total CO2 capture capacity for the 22 projects annually is around 40 million tonnes). There are currently four large-scale projects in Canada, including SaskPower’s Boundary Dam venture, which came under heavy scrutiny in July after a parliamentary budget office report suggested the facility’s carbon capture technology would double the price of the power it generated.

CCS has been criticized as a high-cost, stop-gap measure that has relied heavily on government funding, but Shell says technology development has advanced to a point where the project would cost up to 30% less to construct thanks to a variety of factors, such as capital efficiency improvements and a lower cost environment.

The energy producer, based in Calgary, has also made any intellectual property or data generated by Quest available to the public, in collaboration with the Alberta and federal governments. This will further reduce future CCS development costs and encourage wider use of the technology.