Electric vehicles are nothing new, they have been around much longer than many people realize. Innovators who have tried to make electricity work in a vehicle, have usually come up against a number of prohibiting factors, with cost usually being on top, but another major factor being consumer adoption. 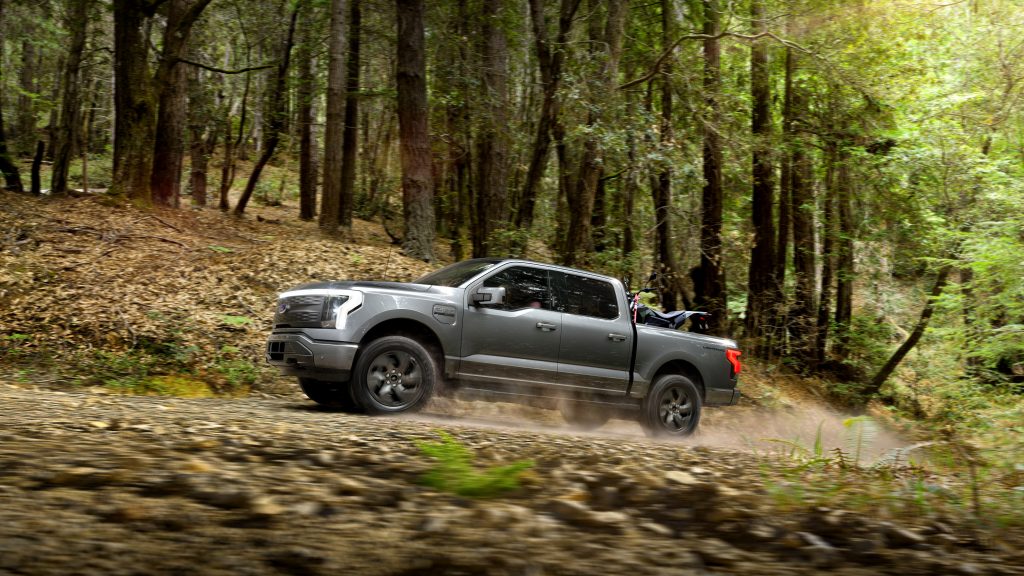 Uptake on electric vehicles is growing; however, the slice of the pie for EVs is still very small. Factors such as range, charging infrastructure, and most importantly, type of vehicle have been the main reasons for customer hesitancy. The majority of EVs until recently were hatchback-style vehicles, which many customers enjoy, but they are not the crossover/SUV style vehicles that are growing exponentially, or the best-selling segment of the vehicle market, pick-up trucks.

Now, it is one thing for Tesla, who has built its entire brand on EVs, to announce the Cybertruck pick-up, or for niche EV companies to do the same, it is quite another for the segment leader to announce that it is entering the ring with an electric-powered pick-up truck.

For many years, the Ford F-Series has been the top selling vehicle in both Canada and the United States. Ford has put many innovations into the F-Series, most recently with a hybrid version of its F-150 (as the PowerBoost), and before that with the introduction of an aluminum body.

It’s next innovation is trying to take electric power mainstream by introducing the Ford F-150 Lightning. The fully electric F-150 gives pick-up truck customers an option for an EV, within the largest segment in the industry. 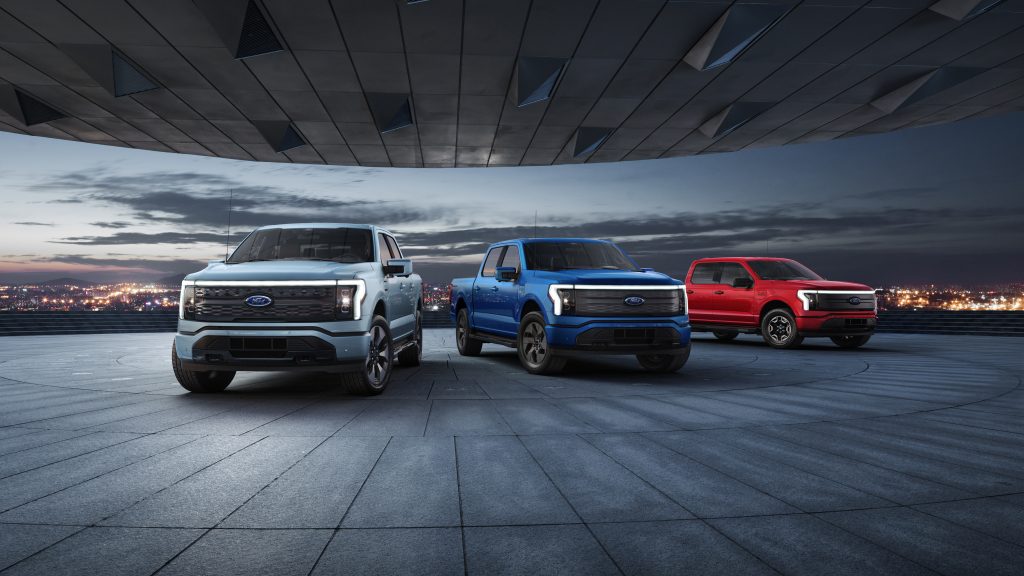 “For both Ford and the American auto industry, F-150 Lightning represents a defining moment as we progress toward a zero-emissions, digitally connected future,” said Bill Ford, Executive Chair, Ford Motor Company. “F-Series is America’s best-selling truck for 44 years, the backbone of work across the country, and a trusted icon for generations of customers. Now we are revolutionizing it for a new generation.” 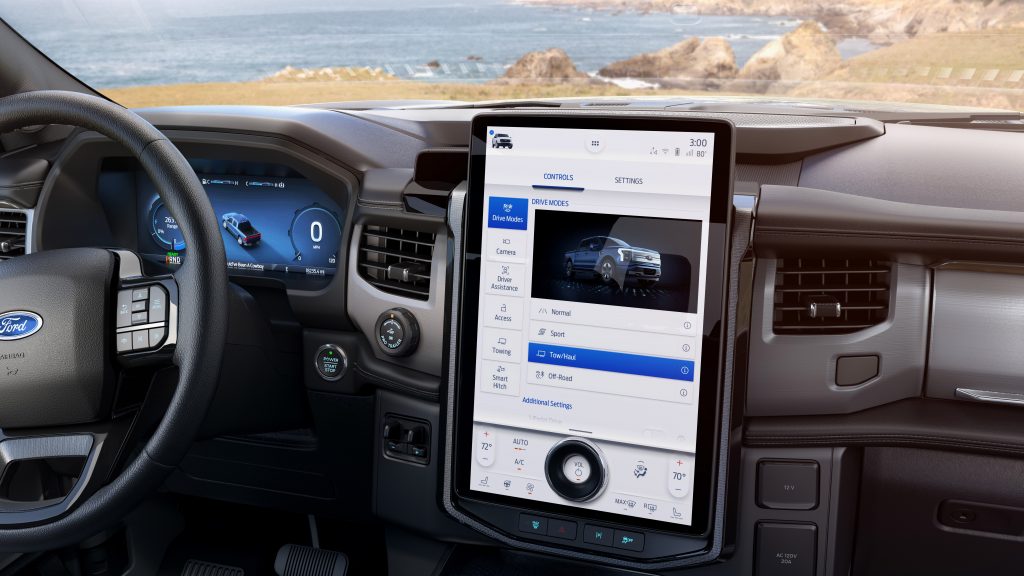 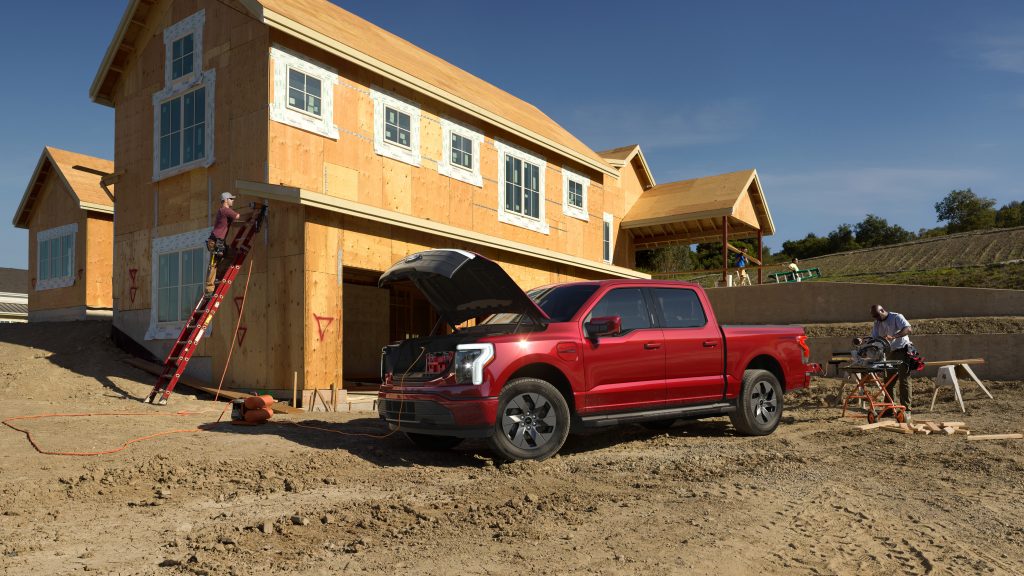 A new feature on the Lightning, that may be a selling feature for some, is Ford Intelligent Backup Power. What the feature does is basically turn your truck into a backup power source for your home. The system gives the Lightning the ability to offload 9.6 kW of power. When using the truck with an 80-amp Ford Charge Station Pro and a home management system, the system send power to the house, instead of charging itself. Once power is restored, the truck goes back to charging its battery.

Ford says that an extended-range battery model can power a home for up to three days, when using an average of 30 kWh of daily use.

“Whether sheltering during a storm or trying to stay safe in a heat wave, customers can now use their truck to give themselves power when they need it most,” said Ryan O’Gorman, Electric Vehicle Manager, Strategic Partnerships. “F-150 Lightning is built for seamless transitions between charging your vehicle and powering your house when needed – and Ford is the first in the North America to offer this capability on an electric truck.” 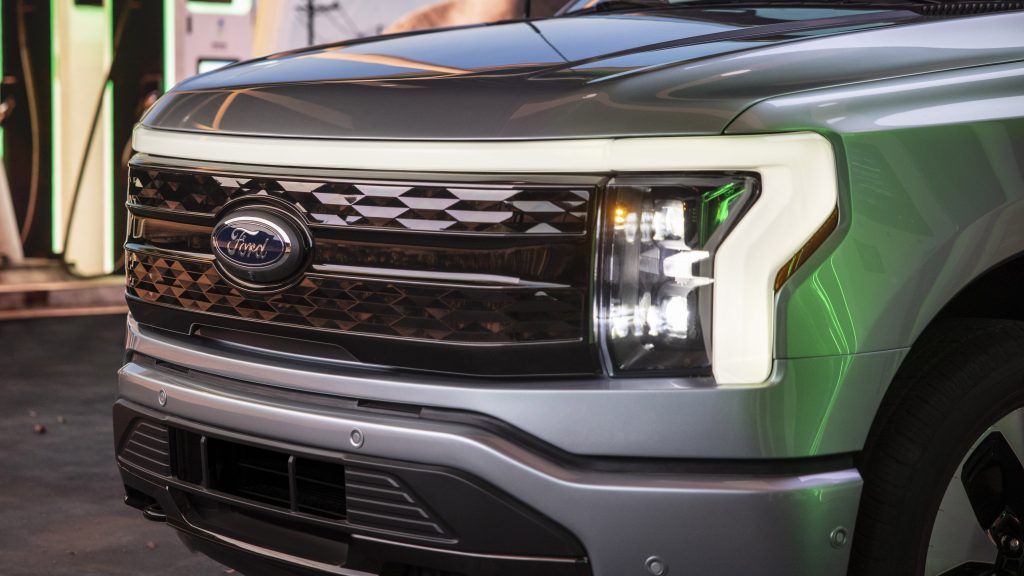 Another innovative features of the Lightning, is that as a result of not needing as much space up front for an engine and transmission, the under the hood section of the vehicle is now a trunk. It offers 400 litres of volume and 400 lbs of payload, has four electrical outlets, two USB chargers and a drainable floor.

“We’re not here to make an electric truck for the few– Ford is committed to building one that solves real problems for real people,” said Kumar Galhotra, Ford president, Americas and International Markets Group, Ford Motor Company. “F-150 Lightning delivers everything we’ve said electric vehicles can offer, plus the capability expected from a Built Ford Tough truck – not just near instant torque but powerful towing and hauling customers can depend on.”
________________
Mario Cywinski is the Editor of Plant magazine, Machinery and Equipment MRO magazine and Food and Beverage magazine, a member of the Automobile Journalists Association of Canada, and a judge for Canadian Truck King Challenge. He has over 13 years of editorial experience; nearly three years of maintenance, reliability, and operations experience; over 16 years of automobile industry experience, as well as small business industry experience.