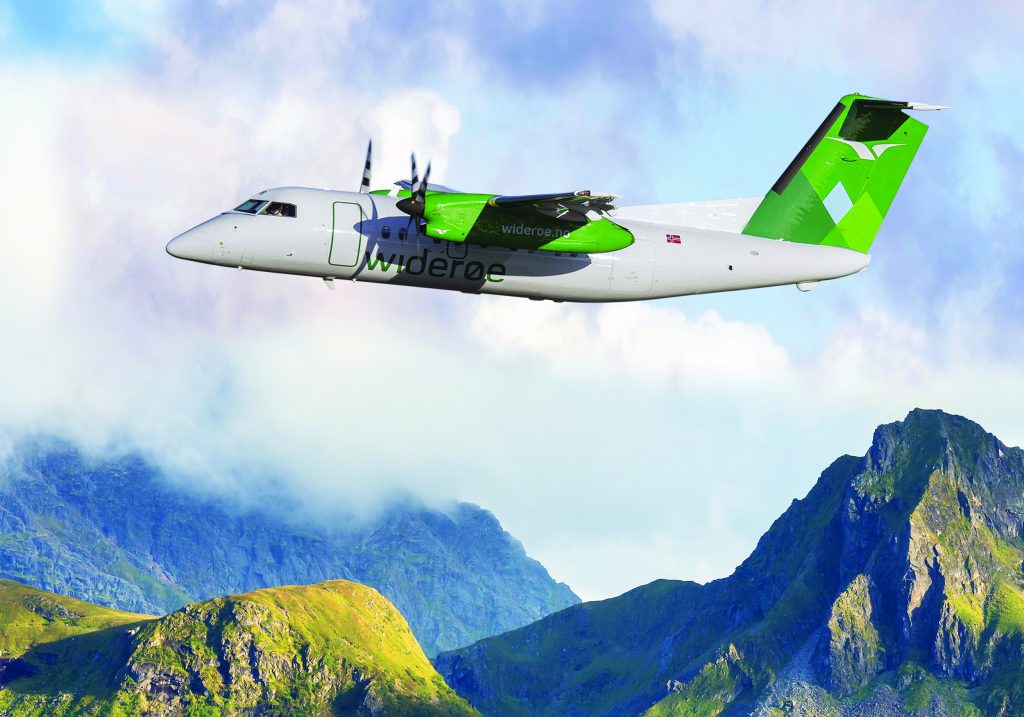 De Havilland Aircraft of Canada Limited announced Widerøe Asset AS of Norway has signed an agreement to incorporate Canada’s Extended Service Program PLUS on 10 Dash 8-100 aircrafts.

“Since 2009, when we helped launch the program, we have utilized the Extended Service Program on 20 of our Dash 8-100 aircraft and the aircraft continue to prove their durability, reliability and cost-effectiveness in supporting our demanding operations, especially in the challenging climate of northern Scandinavia,” said Werner Skaue, Director Aircraft Trading, Widerøe Asset AS. “The Program is vital to bridge the transition between conventional and new technology and will ensure continuous service of the Norwegian STOL network until zero emission technology is available for entry into service.”