All plants closed from March 23 through April 3, with production resuming on April 6. 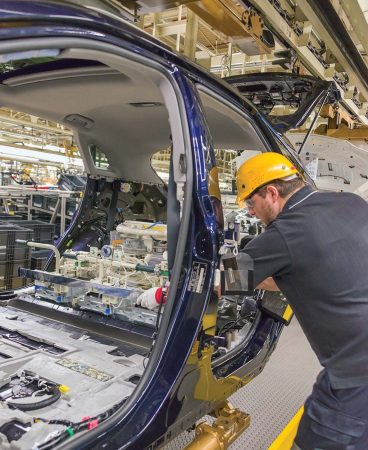 TORONTO — Toyota says it’s closing both of its Canadian auto manufacturing plants as it responds to the ongoing COVID-19 pandemic.

The automaker says facilities in Cambridge and Woodstock, Ont. were shuttered on Thursday afternoon and will remain closed until April 6.

The decision extends a temporary closure announced on March 18 that would have shuttered the facilities for two days next week — March 23 and 24 — to clean the work areas.

At the time, Toyota spokesman Michael Bouliane said the cleaning was being done partly to “help ensure the health and safety of our employees, and due to an anticipated decline in market demand.”

But Toyota added on Thursday that it was notified by Hamilton public health authorities of a Cambridge employee who had tested positive for the virus.

The company says the employee worked their last shift on March 12 and has since been off work to minimize exposure to others.

Toyota’s extended closures are part of a broader production suspension across its plants in Canada, the United States and Mexico.

The company says all plants will be closed from March 23 through April 3, with production resuming on April 6, while service parts depots and vehicle logistics centres will continue to operate as usual.