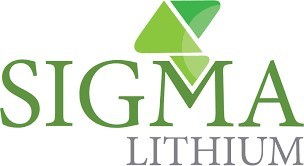 Sigma Lithium Corporation has started construction to build the foundation and infrastructure installation of its green tech dense media separation production plant at its wholly-owned Grota do Cirilo Project.

Completion of this stage of the construction civil works is expected within three months, when the Brazilian sub-construction firm of Promon Engenharia Ltda. is expected to complete earthworks and the concrete plant drainage channels.

“This is a tremendous milestone for Sigma Lithium, now initiating the construction of the production plant, following the successful completion of mobilization and the front-end engineering and design,” said Calvyn Gardner, Co-CEO, Sigma.“As a result, we have been able to quote FEL-3 Capex in line with our FEL-2 estimates in our feasibility study. Our team has worked tirelessly this year on several fronts on detailed engineering and pre-construction with the environmental focus that has been a hallmark of Sigma.”

The first phase of the production plant has been designed to produce up to 220,000 tonnes per annum of six per cent battery grade lithium concentrate, equivalent to approximately 33,000 tonnes per year of lithium carbonate.

“By advancing phase one construction schedule as planned, Sigma Lithium is in a position to potentially deliver large quantities of battery-grade green and sustainable lithium at a critical supply juncture for the lithium market and the battery industry.” said Ana Cabral-Gardner, Co-CEO and Lead Commercial Officer, Sigma.