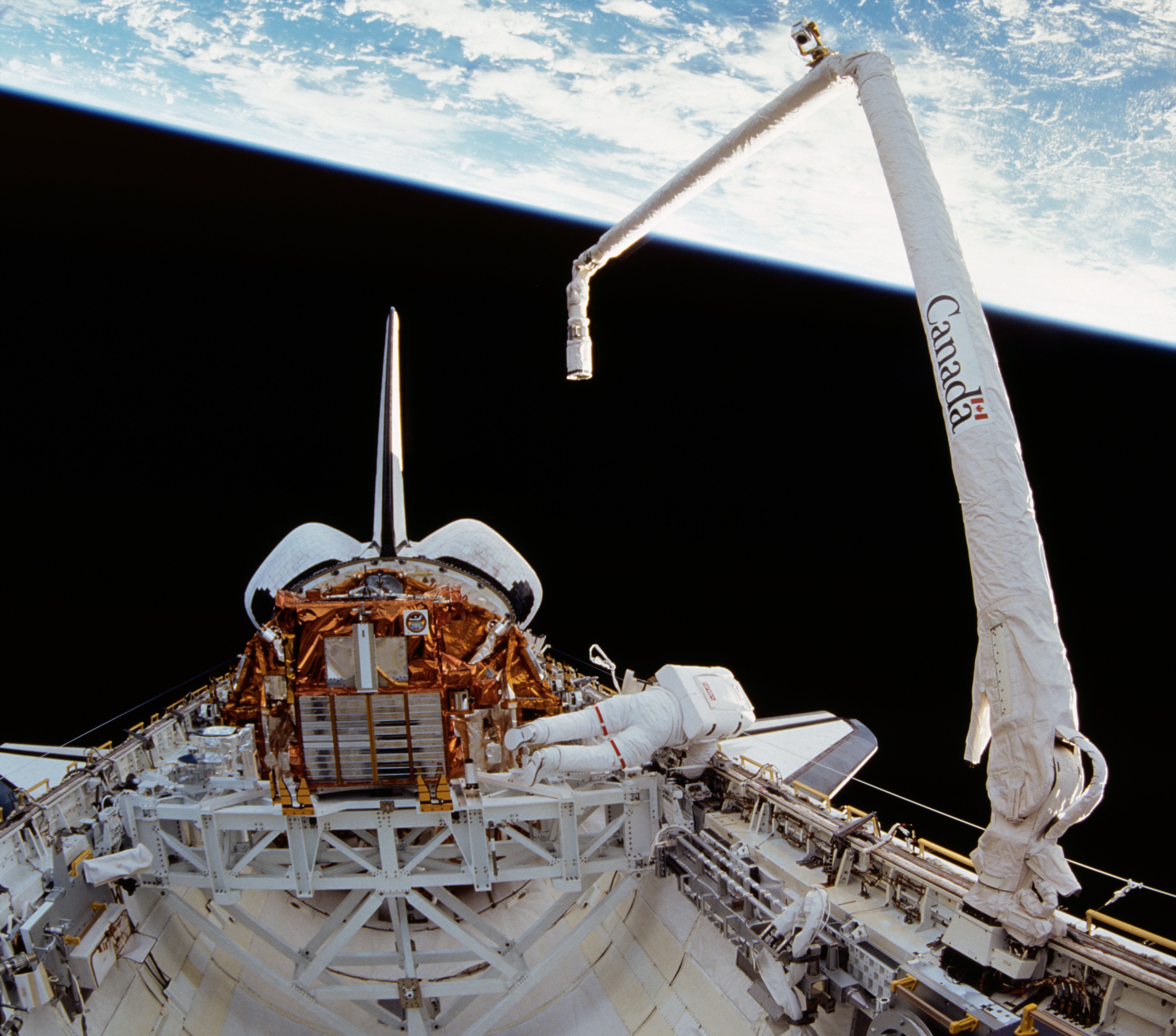 OTTAWA — The head of the US space agency lauded Canada’s expertise in artificial intelligence in Ottawa Nov. 13, fuelling speculation that Canada will join its next bold venture to unlock the secrets of the moon.

Jim Bridenstine, the administrator of the National Aeronautics and Space Administration, said he wants Canada’s decades-long space partnership with the US to continue as it embarks on the creation of its new “Lunar Gateway” – the next-generation outpost the United States is planning to send into orbit around the moon.

“I want to be clear about how important it is: We want Canada to be a part of it, in a big way. In fact, Canada has very unique and exceptional capabilities when it comes to robotics and artificial intelligence,” Bridenstine told an event Nov. 13, at the start of a two-day trip to the capital.

Bridenstine took part in a demonstration at Carleton University by Mission Control, a Canadian company working on robotic technology that can be used to test soil samples.

That event was a warm-up of sorts for his highly anticipated keynote address on Wednesday at a conference of the Aerospace Industries Association of Canada, where speculation is running high that Canada’s participation in the Lunar Gateway will be announced.

Innovation Minister Navdeep Bains, a vocal booster of Canada’s AI hubs in Ontario and Quebec, is also scheduled to speak.

The government wants to enhance Canada’s AI reputation internationally and views the cutting-edge sector as key to its plans to stimulate growth and create what it calls the jobs of the future.

In September, the Canadian Space Agency appeared to be laying the foundation for an expanded partnership with NASA when it issued tenders for projects designed to position Canada to contribute to future space missions involving human and robotic exploration.

In his speech, Bridenstine chronicled Canada’s decades-long co-operation with the US that started in 1962 with the Alouette-1 science satellite and continued with its iconic invention of the Canadarm – the robotic arm on NASA’s space shuttles – as well as contributing 14 astronauts.

“We can do more now than we’ve ever been able to do on the surface of the moon because of what we can do tele-robotically,” said Bridenstine. “And of course, no country on the planet is better at this kind of activity than Canada.”

Bridenstine offered a bold vision of what could be accomplished with a “reusable command module so that we can go back and forth to the surface of the moon, over and over and over again with robots, with rovers, with landers, and humans.”

The return to the moon would be long-term project that wouldn’t end with an Apollo-style flag planting and a quick departure, he said.

“This time when we go, we’re going to stay.”

It wasn’t until a decade ago that missions by India and NASA found water sources on the moon, which has unlocked the potential to create drinking water, breathable air and even rocket fuel when it’s cracked into hydrogen and oxygen and put into cryogenic form, said Bridenstine.

“So the question begs: what else do we not know about the moon?” he said. “Space has transformed the human condition to improve the lives of everybody … All of these capabilities are available because of a trail that was blazed by our countries.”

Canadian Space Agency president Sylvain Laporte didn’t tip his hand about any pending partnerships with the U.S., but he suggested it’s been a smooth collaboration so far.