Nearly 65,000 bottles of disinfectants have been given to healthcare professionals in Canada . 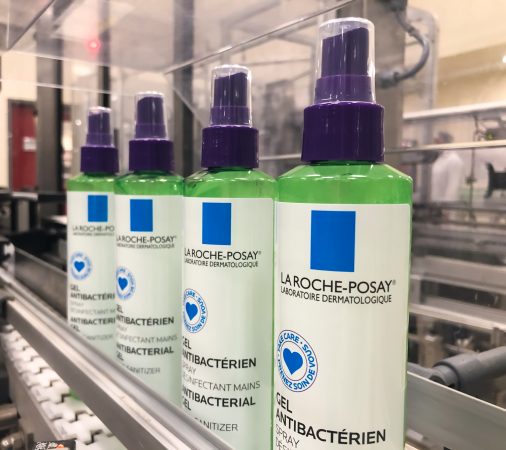 MONTREAL – L’Oréal Canada launched its Solidarity Plan on March 17, 2020 and shifted the production of its Canadian plant, located in Montreal, to include the manufacturing of hand sanitizing (hydroalcoholic) gel.

As of April 27, nearly 65,000 bottles of disinfectants have been given to healthcare professionals in Canada and more than $200,000 in cash donations and products were offered to hospitals and organizations supporting women.

La Roche-Posay announced the company will contribute to the L’Oréal Group’s Worldwide Coronavirus Solidarity Plan. As such, the international La Roche-Posay brand, housed in France, will produce millions of hand sanitizers at its international plant to answer to the hand gel shortage, and distribute them around the world.

In conjunction with L’Oréal Canada’s local Solidarity Plan, La Roche-Posay Canada announced on April 27 they will donate hand sanitizing gels to Canadian hospitals as well as other health and charitable organizations.

After several requests from nurses and doctors, the brand will also be donating Cicaplast hand creams and moisturizers.