Revenues were up across all nine lines of business, although volumes dipped in key areas. 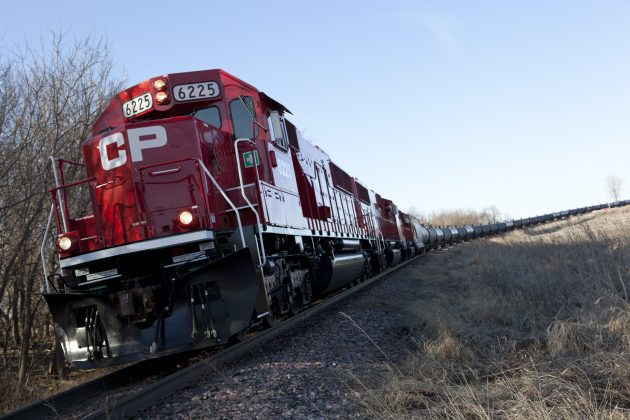 Creel was speaking on a conference call about third-quarter results and current market conditions of “softer volumes, macroeconomic challenges and geopolitical tensions.”

“While we now expect low-single digit volume growth for the year, we remain confident in our guidance to deliver full-year double-digit adjusted diluted EPS growth,” he said in a statement.

The unchanged profit forecast stands in contrast to rival Canadian National Railway Co., which on Oct. 22 said a sputtering economy has eroded rail demand and forced it to cut its profit outlook for 2019.

Grain, the Calgary-based company’s biggest commodity, saw a six per cent revenue boost despite a slight dip in volume caused by a delayed harvest following a dry spring and wet summer.

“More recently these volumes have begun to pick up and we are confident that any volumes not moved this fall will move in 2020,” said head of marketing John Brooks.

Revenue from potash fell 10% and that from metals, minerals and consumer products dropped 3%.

“We have seen reduced volumes to and from our steel mills, resulting from lower market prices, high finished-product inventories and the need for less inbound scrap,” Brooks said.

While energy, chemicals and plastics revenue shot up 13 per cent, “crude by rail shipments fell short of our expectations and our contractual commitments,” he added.

Creel reiterated the relatively rosy outlook for the first three months of 2020.

“We had an atrocious first quarter (this) year. We had some things occur at this railway that I hope I retire and never in my life have to experience again,” he said, referring to a deadly derailment in the Rocky Mountains last winter.

“That had not only a huge, emotional, profound impact on us but also an impact to our business and actually the amount of freight that we were able to move in our western corridor,” Creel said.

Three CP Rail employees were killed in early February after a Vancouver-bound train that was parked for two hours with its air brakes started moving on its own and sped up to well over the limit before 99 cars and two locomotives hurtled off the tracks.

Revenues reached $1.98 billion, CP Rail’s highest for the quarter ended Sept. 30 and a 4% bump from the same period last year.

The railroad operator also achieved a record-low quarterly operating ratio of 56.1%, a 220-basis-point improvement over the third quarter in 2018.

Analysts had expected adjusted diluted earnings per share of $4.52, according to financial markets data firm Refinitiv.