Two DuroVac presidents discuss the importance of financial stability and succession planning as an early necessity for every business. 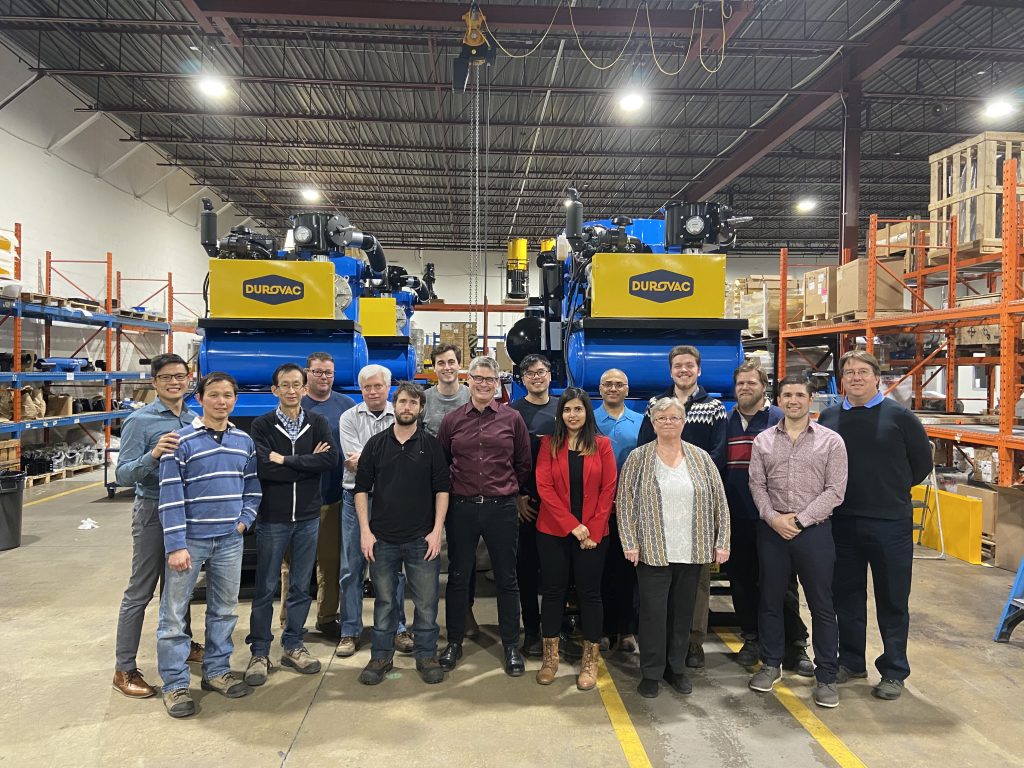 With a lineup of industrial vacuum systems known for durability and reliability, DuroVac understands longevity better than anyone. Founder Kevin Weaver and President Anh-Tai Vuong are working to build a company that lasts 100 years or more. That’s a lofty goal for a family-run business, but with a strategic approach, the duo ensures their shared vision for DuroVac has real staying power.

The vision is especially important as Weaver prepares for retirement, scaling back his role in the company he started over 18 years ago, while Vuong takes the reins as his successor. Their gradual leadership transition has been steered by purposeful planning and execution over several years.

They still have 80 years to reach their ultimate goal, but here’s how they’ve successfully managed it so far:

Building from the ground up
Like many entrepreneurs, when he first started his company, Weaver did practically everything himself. He scrubbed floors, built walls, and installed cables at DuroVac’s first office in Mississauga, Ont.
After working for DuroVac as an outside sales representative for two years, Vuong was the fourth employee to join the company full-time. As their reputation grew and Vuong settled into his role, he doubled the company’s sales in his first year alone.

Even at that early stage, the notion of succession planning was on their minds. They both read Michael E. Gerber’s bestselling book The E-Myth Revisited: Why Most Small Businesses Don’t Work and What to Do About It. Guided by the book’s principles, Weaver designed DuroVac as an integrated system that would one day be able to function without him.

“If you don’t design your business properly, you’ll have nothing left by the end,” said Weaver. “You need to put systems in place so your business can run without you. Only then can you say this is a company and not a glorified job.”

A key objective for Weaver was to gradually hire people who could take over all the tasks he was previously doing himself.

“I’ve created systems and hired people in order to eventually work myself out of a job,” said Weaver. “As long as I give them the autonomy to do their job — which is important — then I don’t have to do it. I’m the opposite of a micromanager.”

A sturdy financial foundation
A crucial aspect of futureproofing the business was to build a strong, fiscally conscious foundation. At the time, Weaver was partnered with his father-in-law, whose background in accounting helped to tightly manage finances in his capacity as Chief Financial Officer.

“There was no razzmatazz at first — no art deco office, no fancy cars, and flying coach was a must,” said Vuong. “I tip my hat to Kevin and our CFO for crafting a very financially responsible company.”

With the financial base they need to build a bright future, DuroVac can deliver on promises it makes to its customers, sustain a skilled and loyal team of people, and make time for a solid succession plan.

The promises
DuroVac’s service revolves around a brand promise, which is all about rejecting planned obsolescence and making customers happy.

The brand essentially wants customers to be content with their purchase by saving them money, maintenance time and hassle. Sometimes that means troubleshooting issues post-purchase.

“Customer retention and loyalty comes from quickly finding the root cause of the issue and fixing it at no cost to the customer,” said Vuong. “In order to do so, we need to be financially stable, because repairs can sometimes [be very costly].”

Financial stability helps the DuroVac team respond to problems and uphold their promises as a brand. It also helps them anticipate issues at the design phase and build stronger machines.

“Adapting our solutions to the market needs of our customers has helped define our identity over the years,” said Vuong. “If someone sees an issue, it was always in our early DNA to react quickly to fix it for that customer and also down the line for future products.”

The people
“If we were not financially sound, we would not have been able to hire the army of people who supported us throughout,” said Vuong.

The right people in the right roles help DuroVac uphold its brand promises. To that end, employees are expected to uphold values of family, honour, respect, passion, discipline and decency in their work.

To inspire loyalty in the team, DuroVac works hard to maintain its culture. One of Weaver’s career highlights is the fact that, in over 18 years of business, only one employee has ever resigned from their position — and that was because they were moving to another province.

“Our core values are founded around family, because we are a family-run and family-born business,” said Vuong. “We’re so proud of our core values. It gives people a broader purpose than just clocking in and clocking out.”

They put just as much thought and care into the succession planning team, assembling a group of professionals such as lawyers, accountants and executive coaches familiar with the E-Myth approach.

“It’s so necessary to equip yourself with a team. Legal and fiscal notions don’t come naturally to all, and the coach helped us go through the emotional side of the transition,” said Vuong.
He adds that it was important for him and Weaver to put together a team of professionals from firms that were comparable in size to DuroVac, “We had a natural understanding of each other.”

The plan
As Vuong prepared to take the reins from Weaver, the E-Myth approach was an invaluable roadmap to their transition.

“We both read the book at different stages of our career, but when it came time to transition, we converged towards its philosophies,” said Vuong.

One of the core concepts of the E-Myth book is about the “primary aims” of the entrepreneur: what the person truly wants out of life and how that transcends the business. For Vuong, the primary aim was family.

“Once we established that our purposes in life go way beyond work and the business, we started to see the absolute need to work ourselves out of the business,” he said.

After strengthening that understanding of their life’s purposes, Weaver and Vuong used a time management module to schedule time away from their everyday duties and habits so that, with the help of their coaches, they could envision a viable future.

They had initially identified smaller, more manageable five-and-ten-year goals for their succession plan, but the executive coach prompted them to think bigger. This process helped them realize their ultimate vision: a company built to last 100 years.

“If IBM can do it, why can’t we?” said Weaver. “Even if we’re not around as individuals 100 years from now, the idea is to position our systems, equipment, brand, brains, people and management in such a way that DuroVac becomes a self-sustaining entity.”

Looking forward to a bright future
Weaver admits that when he first started his business, succession wasn’t on his mind.
“When you’re first getting started, all you can think about is survival,” he said.

But as the business grew, Weaver recognized the need to find and train his future replacement.

“I hired Anh-Tai as a fresh 25-year-old and molded him,” said Weaver, who worked with Vuong for over 13 years and attended his wedding. “I recognized that Anh-Tai needed growth and I needed a method for succession. Now I’ve brought him on board, and it will be his path to find and mentor his replacement.”

Weaver advises other business owners to start thinking about their succession as early as possible.

“You have to spend 10 years thinking about this,” he said.

For Vuong, succession planning has always been a part of a bigger conversation about DuroVac’s future.