A Q&A with AMPCO's Adam White. 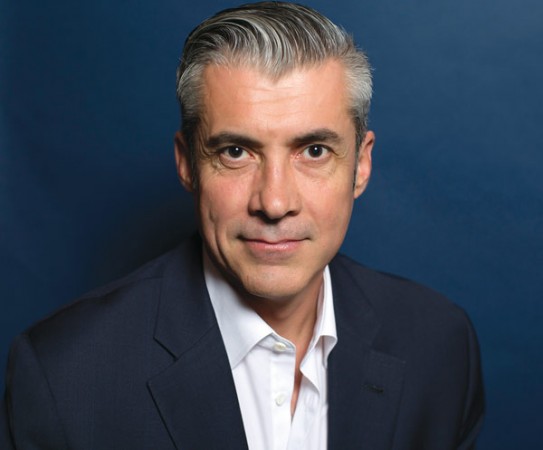 Adam White has some major concerns about the impact Ontario’s surging electricity prices will have on manufacturers. He believes costs are placing a too-high financial burden on industry and allowing competing jurisdictions, such as Mexico, to capitalize from Ontario’s monstrous megawatt rates.

The president of the Toronto-based Association of Major Power Consumers in Ontario (AMPCO), which represents companies that account for half of the province’s industrial power consumption, is also concerned more companies will find Ontario to be uncompetitive and won’t invest in the province. Nor is he confident that current conditions will lead to an easing in electricity rates.

What are the most pressing issues for industrial power users right now?

AW: The issues we’re working on is cap and trade and carbon pricing and the implications of those initiatives across the supply chain for electricity pricing and markets.

It’s not so much whether or not there should be carbon pricing. There’s a broad consensus of support for it. The concerns we have are about uncertainty and risk related to prices. Theoretically cap and trade is supposed to be subject to market outcomes, but there’s no experience with it.

We compete with a lot of jurisdictions that won’t have anything like this for a long time to come. It’s going to be important to find a way to move forward in a practical way and not strand capital, while ensuring we’re able to attract investment to Ontario. There is so much political involvement that costs have gone up as a matter of policy.

How did Ontario get to this point?

AW: I’ve been along for the march over the past 25 years in Ontario, where there have been successive restructurings of the assets. There’s going to be more to come. There’s a risk of asset stranding, which is what happened in the 1990s in similar circumstances. The economy was flat, demand was flat. Successive years of double-digit price increases precipitated a crisis of policy and governance. We don’t want that history to repeat. We also don’t see the potential for demand growth in this market, which means we’re going to be chronically over-supplied. That’s going to increase prices.

How should Ontario ease the burden?

AW: The only way to reduce costs is by not committing to more costs. Committing to nuclear expenditures will place a lot of cost on the rate base for a long time and that’s a significant increment on current costs. It’s of special concern if demand were to continue to shrink, and there’s a lot of potential for that to happen because of an increase in renewable energy use. The only way to reduce costs in a world where demand is shrinking is to decommission unproductive assets.

How can industrial power users reduce their costs?

AW: There is a range of solutions and some are rooted in policy. We try to work with the government to promote energy efficiency in market pricing and price signals by using rates, because those are motivators. If everything is averaged out, then no one has any incentive to do anything. By using off-and-on peak rates and if the difference is significant enough to drive differences in consumption, then there are substantial efficiencies.

Doing something significantly different will require customer engagement and the best way to motivate them is to provide economic incentives. There is potential for off-grid solutions to provide superior reliability and support better power quality. It’s not behind-the-fence generation or about getting yourself off the grid to balance costs, it’s about making your plant better and more resilient so you can lock in your costs if you have your own on-site energy system. Whether that is going to work is really going to depend on scale.

There are opportunities such as combined heat and power, engines, natural gas – energy sources with quite high efficiencies, but they’re being used in small scale applications. There are many ways for customers to self-manage energy requirements and a lot of those solutions are getting cheaper. That makes things interesting because it provides customers with a choice. If it works on a systemic basis the energy system as a whole can change.

Embedded energy managers are incredibly interesting, because those costs are supported through subsidies. There’s a practicality to it. It’s great that IESO has a program that’s focused on efficiency, because efficiency is what the focus should be right now.

With the links between the federal and Ontario government, is there a chance policy support might come sooner rather than later?

AW: We’d rather see systemic incentives instead of capital granting funds, which is why we like policy leaders that deal with electricity rates. That way you’re able to move levers from a utility rate-making incentive, and provide customers with a greater incentive to use power in more efficient ways. Everyone is rewarded and, systemically, you boost efficiency.

This interview has been edited.