The researcher was awarded the $1 million Herzberg medal recognizing his efforts to improve lithium-ion batteries. 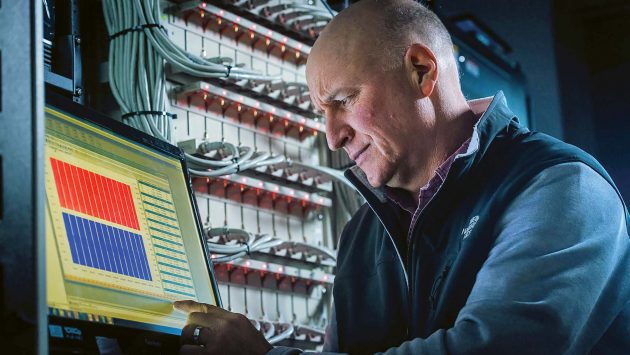 A Dalhousie University researcher has been awarded a $1 million science prize by the Natural Sciences and Engineering Research Council of Canada (NSERC) for his work developing lithium-ion battery technology, which includes a partnership with electric vehicle innovator Tesla.

Jeff Dahn, a professor in the Halifax university’s Department of Physics and Atmospheric Science received the Gerhard Herzberg Gold Medal for Science and Engineering, NSERC’s top honour recognizes sustained excellence and influential Canadian research that has advanced the natural sciences and engineering fields.

Considered to be Canada’s “Battery Man,” Dahn has been involved in the research and development and commercialization of lithium and lithium-ion batteries since 1978. His mix of fundamental and practical research focuses on finding novel materials to satisfy the increasing demands for the batteries, while building on discoveries that improve energy production, storage and sustainability.

Last summer, Dahn began a five-year exclusive research partnership with Tesla Motors, the first collaboration of its kind between an innovative electric vehicle manufacturer and a university.

NSERC says Dahn’s work has pioneered the use of Li-ion batteries in mobile devices, making the power source a “part of our everyday lives.” His research included fundamental studies on all materials used in lithium-ion batteries, and helped invent some of the positive-electrode materials used in Li-ion cells for power tools, grid energy storage and electric vehicle batteries.

Born in Bridgeport, Conn. and settling with his family in Nova Scotia in 1970, Dahn has spent more than 35 years researching battery technology. So far, two companies have been spun off from the Dahn Lab at Dalhousie, including Novonix. Its ultra high-precision charger devices allow customers to predict the lifespan of Li-ion cells over decades.

Dahn studied physics at Dalhousie before completing a PhD at the University of British Columbia. He has also worked at the National Research Council of Canada, Moli Energy and Simon Fraser University. He returned to Dalhousie in 1996 as the NSERC/3M Canada Industrial Research Chair in Materials for Advanced Batteries.

Working with post-doctoral candidate Zhonghua Lu and graduate student Dean MacNeil, Dahn developed certain grades of lithium nickel-manganese-cobalt (NMC) oxide compounds that, when used as the positive electrode, increase the safety and stability of the batteries at larger sizes.

These grades of NMCs are widely used in power tool and electric car batteries and represent several of the 65 or so inventions his team has patented. 3M has licensed the use of these NMC grades for commercial use to many companies around the world.
In 2016, the partnership with Tesla formed the NSERC/Tesla Canada Industrial Research Chain. The five-year exclusive arrangement will focus on developing longer-lasting, lower-cost lithium-ion battery cells.

Tesla has emphasized lowering the cost of battery systems for its vehicles, and is now operating a $5 billion gigafactory in Nevada with annual battery production of 50 gigawatt-hours by 2018.

The factory is aiming to reduce the per-kilowatt-hour cost by more than 30% by the end of this year. The price decrease will be necessary for Tesla to make an electric vehicle that’s 50% cheaper than its $100,000-plus Model S sedan.

Dahn’s work with Tesla also aims to increase both energy density and the lifetime of Li-ion battery cells, which would help drive down costs in automotive and grid energy storage applications.

The $1 million research award is a milestone for the university. With Dahn’s win, three of the past four Herzberg Medal recipients have been Dalhousie faculty, including microbiologist Ford Doolittle’s 2014 win and Axle Becke, a theoretical chemist, who won the prize in 2015.