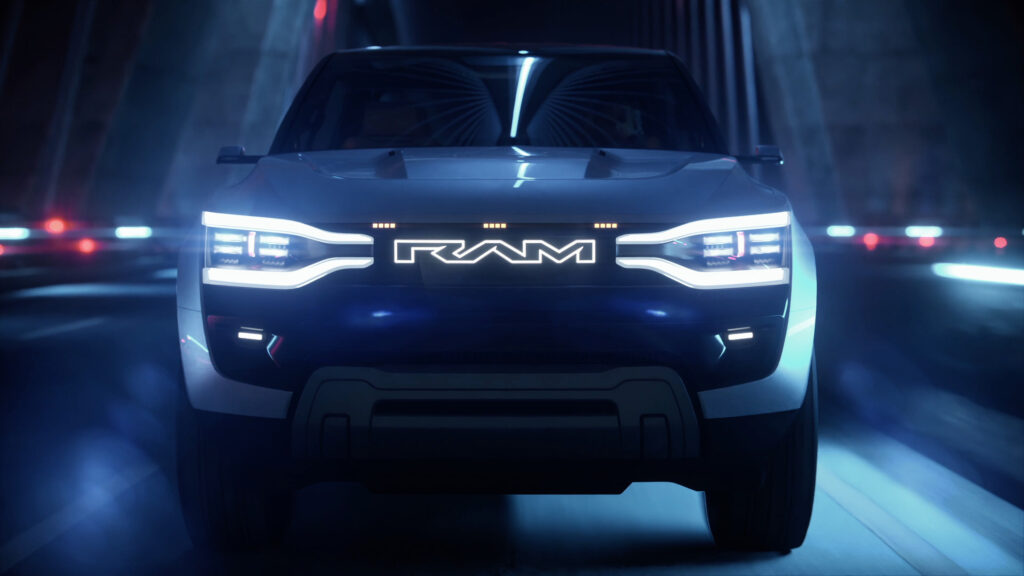 DETROIT (AP) – When a futuristic-looking electric Ram pickup truck goes on sale next year, it will hardly be the first in line.

By then, at least seven EV competitors are scheduled to be on sale, all of them vying for a share of the huge full-size truck market that now includes the three top-selling gasoline and diesel powered vehicles in the United States.

Four models – Ford’s F-150 Lightning, Rivian’s R1T, Lordstown Motors’ Endurance and the GMC Hummer EV Pickup – already are on the road. And this year or next, three others – the Chevrolet Silverado EV, GMC Sierra EV and Tesla’s Cybertruck – are scheduled to roll out.

Yet executives at Ram, which is Stellantis’ truck and commercial vehicle brand, say it doesn’t bother them to be following rather than leading their competitors.

“It’s actually an advantage for us,” Mike Koval Jr., CEO of the Ram brand, said in an interview. “Because we have full knowledge of what the other guys have announced.” 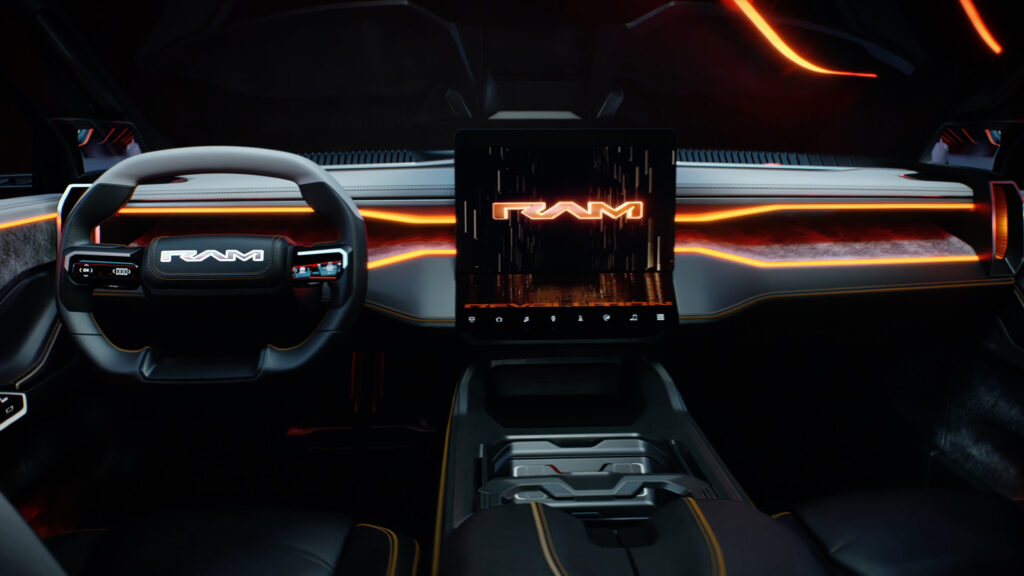 On Thursday afternoon, company executives unveiled a concept version of the Ram 1500 Revolution battery-powered truck at the CES gadget show in Las Vegas. The production truck isn’t likely to be as edgy as the one shown on stage, which looks like a halfway point between Tesla’s angular Cybertruck and a conventional gas pickup. But the Ram EV, Koval said, will surpass competitors in the areas that customers value the most: payload, towing, range and technology.

GM has announced that the Silverado EV will be able to travel over 400 miles (640 kilometers) on a single charge. (Its rivals have ranges of between 230 to 400 miles, depending on battery size.) Koval insists that the production Ram “will push past everything that our competitors have announced.”

By next year, he noted, more charging stations and other infrastructure will be in place, making the market for EVs more attractive. 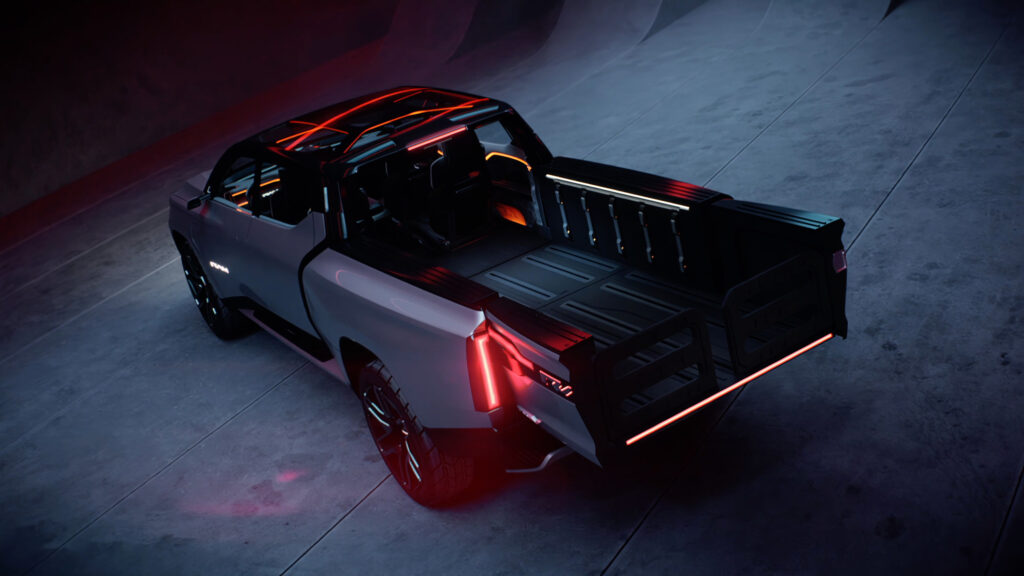 Jessica Caldwell, executive director of insights for Edmunds.com, said the Ram won’t be overly late to the market because the electric trucks on sale now can’t fully satisfy the sustained growth in consumer demand.

GM says more than 170,000 people have put down $100 refundable deposits on the Sierra. Last year, Ford sold over 15,000 Lightning trucks, even though the vehicles weren’t available until May. The company closed reservations after receiving $100 deposits from nearly 200,000 potential buyers.

Last year, Americans bought more than 2.1 million full-size pickups, most of which still run on gasoline. Big pickups accounted for more than 15% of all U.S. new vehicle sales, a huge and lucrative market. Electric vehicle sales are growing fast: Last year, 807,000 of them were sold in the United States – up 65% from 2021.

The prices of the EV trucks, which are comparatively costly, will have to move closer to those of gasoline versions to pull buyers away, said Michelle Krebs, executive analyst for Cox Automotive. 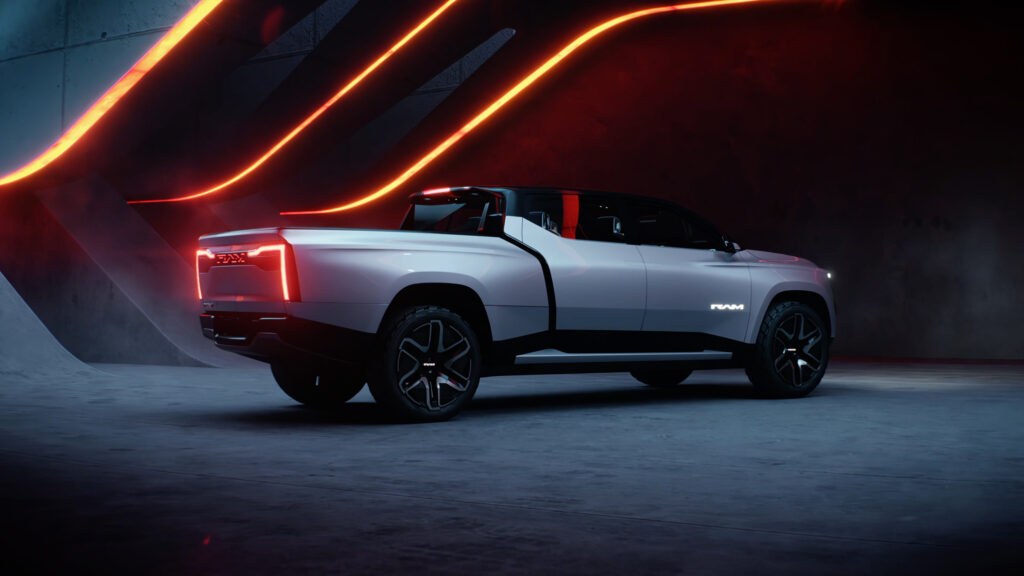 Ford’s electric pickup initially was to have a version starting around $40,000. But the starting price now is just under $56,000, driven up by demand and price increases for raw materials. That’s far more than the base gasoline-powered F-150 which starts just below $34,000.

“The problem with the pricing,” Krebs said, “is the costs are rising to build EVs. Lithium and other (battery) mineral prices are high.”

Automakers say that prices should decline as the companies spread costs across more vehicles and as breakthroughs in battery chemistry reduce the quantity or even eliminate minerals now needed to store energy.

Koval says he’s well-aware that the electric Ram will have to appeal to customers who want base-model work versions as well as those who want higher-priced luxury and technology – even with “insane” costs of raw materials.

“We’re going to try to have something for everybody,” he said, “but with an eye on that critical price point.”

The truck also will offer fast 350 kilowatt charging that can add up to 100 miles of range in about 10 minutes, a large interior accessed through “saloon style” doors with a interior with multiple configurations.

Getting people to give up their gas-powered trucks may take a while, Krebs acknowledges. In Midwestern states and Texas, where most pickups are sold, there aren’t many EV charging stations that enable longer trips.

Electric trucks may also appeal to companies that buy fleets of work trucks and want to receive tax credits and avoid paying for gasoline.

Caldwell thinks the market for electric pickups will include buyers who use them for work and those who otherwise would buy an electric SUV for personal use.

Electric trucks, she said, “kind of give people who maybe were on the fence about (an EV) more reason to buy.”