Orders are up across North America as new products hit the market. 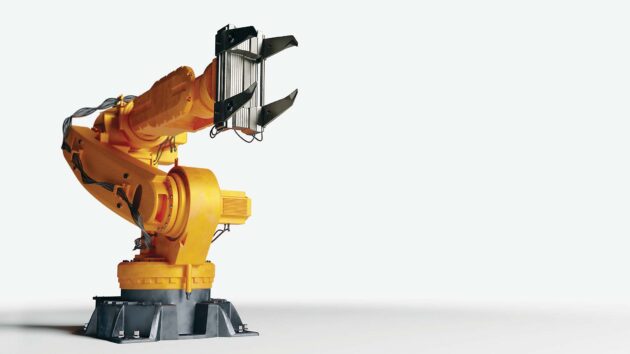 Robot orders were up in 2019, despite slowing global economic growth and disruptions to trade resulting from US tariff wars and other factors that raised the uncertainty level for businesses. As 2020 gets underway, robotics innovators and systems providers have new products for manufacturers in the mood to enhance their automated processes.

First some numbers. The Robotic Industries Association (RIA), part of the Association for Advancing Automation (A3) based in Ann Arbor, Mich., reports 29,988 units were ordered in North America, a 1.6% increase over 2018, although revenue was down 1.3%, closing the year at $1.681 billion.

The International Federation of Robotics forecasts almost 2 million new robot units will be installed in factories around the world from 2020 to 2022. Research firm ResearchAndMarkets.com estimated the global market was valued at US$34 billion in 2019 and forecasts a double-digit compound annual growth rate over 2020-2025.

“While 2019 was a challenging year and the outlook for growth in 2020 is murky, we’re still seeing growing interest in automation technologies and solutions that will lead to continued future growth,” said Jeff Burnstein, A3 and RIA president.

Canadian manufacturers may be slower to invest in Industry 4.0 technologies than their peers in the US and elsewhere, but there is recognition automation is key to production efficiency and competitive advantage.

The 2020 Advanced Manufacturing Survey conducted by BDO Canada LLP and PLANT Magazine shows 44% of the 251 leaders of mostly small and medium-size Canadian enterprises said their companies were spending on robotics. Forty-eight per cent of those spent an average of $147,083 in 2019. About a third of respondents intended to invest in robotics over the next three years.

Manufacturers of automation systems and machinery have some ideas for those who are ready to invest. Here’s a sampling of some new offerings:

The global technology company, based in Zurich, Switzerland (Canadian headquarters in Montreal), has found a way around time-consuming plotting of points and trajectories with its 3D Printing PowerPac.

Any standard slicer software design is translated into ABB’s simulation environment and robot code. This means an operator moves from CAD design to final modelling in just 30 minutes.

The manufacturer of automation systems in Waukegan, Ill. says high moment and inertia ratings accommodate a wide range of spot guns and other end-of-arm tooling. A slim profile lets it reach into tight spaces and high-density layouts. Its vertical reach is 3,490 mm; horizontal is 2,710 mm.

Quality control. New Scale Robotics, a manufacturer of automation tools in Victor, NY, has come up with an automated alternative for SMEs that are manually measuring parts with digital calipers for quality control in high-mix, small-batch manufacturing environments.

The Q-Span system integrates easily into the quality control lab or on the production floor with up to three gripper/caliper tools on a collaborative robot. It picks up small parts, measures multiple dimensions, makes in-process decisions based on measurements (for example, pass/fail or sort by range), and places each part in the appropriate tray or bin.

All data is recorded to a PC for later analysis and statistical process control (SPC), but also monitored in real time to detect trends and alert operators to process drift.

The automation company based in Hoffman Estates, Ill. says its Fleet Manager system controls up to 100 mobile units with different payloads through a single system while managing traffic, battery charging and navigation.

Combining the LD-250 with Omron’s collaborative robot creates a heavy-duty mobile manipulator that handles tasks along with material transport.

No disruption programming. RobotWorx, a Marion, Ohio automation integrator, is partnering with OCTOPUZ Inc., a robotics software developer in Waterloo, Ont., to enable programming of path-sensitive, complex robot applications on a computer without disrupting the manufacturing process.

Users create detailed virtual simulations of their real-world robot cells in minutes, complete with machinery and manufacturing components. Within this virtual cell, OCTOPUZ uses built-in machine logic to automatically identify the optimal toolpath trajectory and program the required code for a multitude of industrial tasks. The code is then accurately converted to the robot brand’s unique language for use in the real world.

The newest version carries a payload of up to 300 kg and is suitable for nearly every market segment, including the automotive, aerospace, foundry and medical industries.

Fast and precise, it uses enhanced oil for a longer lifespan, and has leaner interference contours.

Research robot. Dingo, the lightweight indoor robot from Clearpath Robotics in Kitchener, Ont. is designed for research and education. Suitable for benchtop and laboratory testing, it’s extensible (allows the addition of new capabilities and functionality) and programmable.

It comes in differential and omnidirectional drive configurations for a wide range of indoor robotics applications such as autonomous navigation, mobile manipulation, and mapping, reaching speeds of 1.3 metres per second. The payload is up to 20 kg.

The robot comes with a range of computing options, and the ability to greatly upgrade battery power, allowing users to fully customize for specific applications.

This article appeared in the March-April 2020 print edition of PLANT Magazine.