BioCloud detects COVID-19 in the air 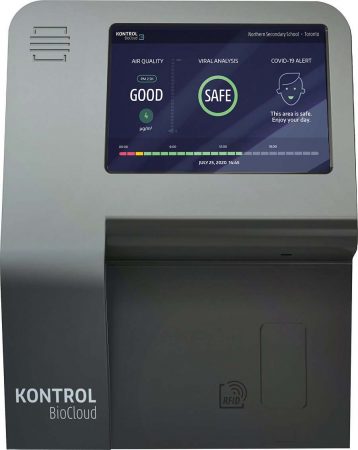 Kontrol Energy Corp. has launched a technology that detects the presence of COVID-19 in the air and triggers an alert system.

The company based in Concord, Ont., a provider of energy efficiency technology through IoT, Cloud and SaaS, describes BioCloud as an unobtrusive wall-mounted technology that would be used in facilities but also in mass transit vehicles.

The detection chamber is fully replaceable after it comes in contact with the SARS-CoV-2 virus.

BioCloud will initially be manufactured at Kontrol Energy’s London, Ont. facility. First orders are expected to ship in Canada and then globally.