Global transportation company plans to electrify 100% of its Quebec school buses by 2025. 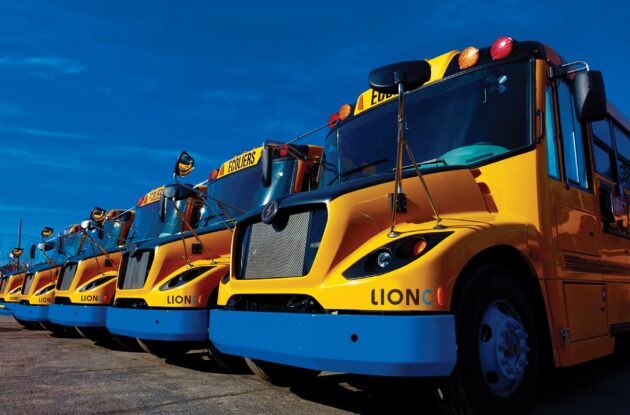 BROSSARD, Que. — Transdev Canada is investing almost $4.5 million in its electric school bus fleet with the Lion Electric – Canada, a manufacturer of electric buses based in Saint Jerome, Que.

The France-based global transportation company is adding 27 electric buses to its fleet for a total of 31, which will be added to its school transport networks in September in Quebec’s Estrie and Montérégie region.

Transdev’s Canadian operation, based in Brossard, Que., plans to electrify 100% of its Quebec school buses by 2025.

The deal is supported by a electric bus program, part of the Québec government’s 2015-2020 Transportation Electrification Action Plan.

Transdev intends to have a fleet of 1,200 electric buses  powered by batteries, and batteries with hydrogen fuel cells, by the end of the year.

“We wanted to demonstrate a strong commitment regarding energy transition, and in particular to serve the younger generations who are the public transportation passengers of tomorrow. The crisis we are going through has only strengthened our conviction: we have a responsibility to make strong choices in this area. We have done so with two key partners: the Québec government, whose support is crucial to our electrification strategy, and Lion, a local Québec company with which we have been working for a long time,” said Arthur Nicolet, Transdev Canada’s CEO.