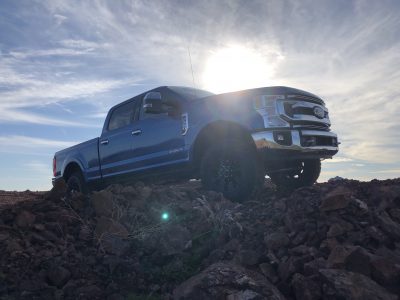 DesRosiers Automotive Consultants says that 90,890 cars and trucks were sold in January, down from the 109,988 sold in the same month last year, as much of the country faced restrictions related to the pandemic.

The consultants say the drop in vehicle sales last month is a significant change from January 2020, which was the fourth best January on record for Canada auto sales.

DesRosiers managing partner Andrew King says it was no surprise that auto sales declined in January, since the industry has also been working through supply chain disruptions over the past month

A separate report from on U.S. vehicle sales from TD Economics says that a shortage of microchips has temporarily halted production at multiple North American car and truck plants.

DesRosiers Automotive Consultants say that despite the overall sales decline last month, light trucks gained popularity in Canada and accounted for 84.6 per cent of sales.

King says that with light trucks “smashing through the 80 per cent threshold,” SUVs and pickup trucks “continued to make relative market gains.”