Global growth to slow going into 2011

“The global economy got very quiet out there mid-way through this year, and it’s going to be weak for some time. Recovery is still at least a year away, and navigating though this period will be challenging – a moment of truth for the world economy,” said EDC chief economist Peter Hall.

He said there are four key drivers to global demand that will challenge short-term growth strategies:

• Big-market consumers are already busy paying down swollen debt loads, but could weaken demand further by being frightened into more excessive thrift.

• Stimulus exhausted most of the available policy ammunition and there are doubts about both the affordability and the actual impact of augmented stimulus.

• Slower growth is weighing down key emerging markets that have buoyed overall demand.

The world economy will have generated growth of 4.2% this year, but EDC forecasts expansion will slow to 3.9% in 2011. Weakness will be most pronounced in developed economies where 2010 growth of 2.4% will recede to 2.1% in 2011. However, with few exceptions emerging market economies will experience above average growth this year of 6.4% and 5.9% next year.

“At first blush, the global forecast numbers don’t look bad at all, but in actual fact they mask the weakening we are currently witnessing,” said Hall. “Growth for 2010 is largely behind us. The impressive back-to-back increases in GDP that began in the fourth quarter of 2009 account for the bulk of the 2010 growth, while the 2011 forecast is rescued by growth that will only arrive in the latter part of the year.”

Canadian export sales are expected to slide from 11% growth this year to 6% in 2011. And weakness will be widespread, affecting most industrial sectors.

Hall warned exporters will be buffeted by a stubbornly strong Canadian dollar.

“Resilient commodity prices and relatively tighter Canadian monetary policy have combined with what appears to be an international ‘halo effect’ – due to our lauded financial system, relatively strong domestic situation and envied fiscal management record – to keep the loonie hovering in the US 95¢ range,” he said.

EDC believes that softer commodity prices and modest gains in the US dollar will move the Canadian dollar slightly lower over the weak months, but that the value will average 95 cents US in 2011.

Click here for a copy of the forecast.
PLANT

Oct 26 – N.L. to see modest gains in exports this year and next: EDC forecast (NL-Export-Outlook) 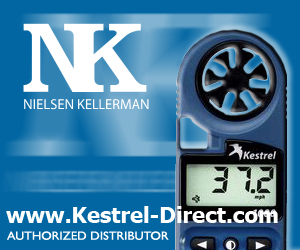