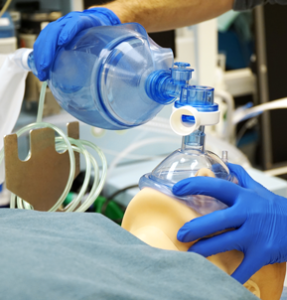 Teknic’s team brought the device all the way through concept, prototype, and production.

“The machine, internally nicknamed ‘Ambu-bot’ by Teknic, was not designed to replace ventilators. Rather, it was designed to automate the manual ventilation typically performed by medical personnel so that clinicians in over-stressed hospitals can treat other sick patients.”

Sophisticated adjustments and sensors commonly found (and required) in conventional ventilators were left out in order to speed up the design, prototyping, testing, and production to meet the urgent need. The machine used one of Teknic’s ClearPath servos, but was designed for a wide range of servo or stepper motors.

While using this machine, clinicians will be required to monitor patients more closely than patients on a conventional ventilator. However, this device allows a single clinician to simultaneously monitor multiple patients, opposed to one clinician manually ventilating one patient.

The machine does all of the required manual labour consistently and continuously, and a clinician can monitor multiple patients at the same time to ensure that each patient’s vitals (e.g., blood gases) stay in an acceptable range.

The FDA formally granted Emergency Use Authorization to Boston Scientific and the University of Minnesota, under the official name “Coventor Automatic Adult Manual Resuscitator Compressor.” Boston Scientific announced plans to initially build 3,000 units, and then more as needed.