How to cut global emissions, boost the economy

Exporting LNG to displace coal is a powerful way to lead in helping to reduce global emissions. 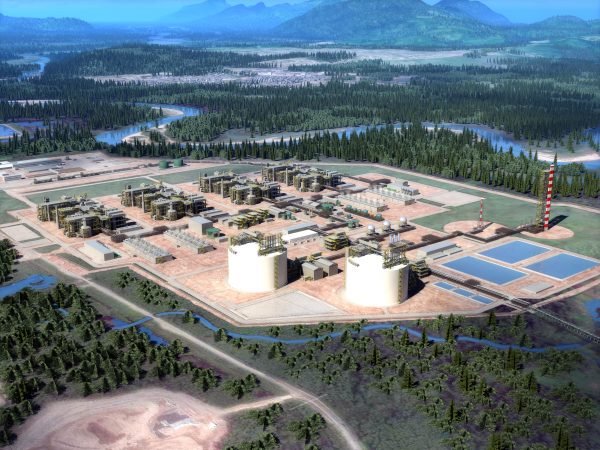 What can Canada do to reduce global carbon dioxide (CO2) emissions while creating substantial economic benefits?

My October column explained why attempting to replace fossil-fuel-generated electricity with wind and solar energy is technically impossible and economically disastrous.

Here’s another solution: Export liquefied natural gas (LNG) to replace coal-fuelled electricity generation. This will cut coal plant emissions in half while creating tens of thousands of jobs and hundreds of billions of dollars in economic benefits.

The impact of replacing coal with natural gas is clearly illustrated south of the border, where it has helped drive down US emissions by 14% since 2005. Switching from coal to natural gas has also been a key driver of the European Union’s world-leading emissions reduction.

Meanwhile, non-Organization for Economic Co-operation and Development (OECD) emissions keep going up and account for nearly three-quarters of the global total.

China, the world’s largest emitter of CO2, derives 70% of its electricity from coal. Plants fuelled by coal also emit toxic compounds and lung-clogging particulates that lower life expectancy by as much as 10 years for the millions of citizens living in smog-darkened cities.

China needs to increase LNG imports substantially to accomplish that. It’s an objective made more challenging as, even during the COVID-19 pandemic, economic growth continues to drive electricity demand. This makes the country’s thirst for LNG virtually limitless. China is already the second-largest LNG importer behind Japan and plans to double its imports over the next three years.

Enormous natural gas reserves and the relative proximity of our northwest coast to Chinese ports make Canada ideally suited to supply that demand. Just as our landlocked oil is being sold to the US at heavily-discounted captive-market prices, so is our natural gas. The Asian LNG market represents the only hope for beleaguered gas producers to achieve international market prices.

After 10 years and billions of dollars spent by more than a dozen industry consortia, that hope centres on one project: the $40-billion LNG Canada project, the largest in Canadian history, that’s under construction in Kitimat, BC. The Coastal GasLink pipeline from northeast BC gas fields is also under construction.

Replacing China’s coal-generated electricity with LNG Canada’s natural gas represents a global emissions reduction equivalent to taking up to 80% of all cars off Canadian roads. That would be a much greater achievement than will be produced by all of Prime Minister Justin Trudeau’s government’s economically debilitating and nationally divisive carbon taxes and green subsidies put together.

Plus, tens of thousands of well-paying jobs and billions in tax revenues and foreign exchange will be created.

For this project to finally be under construction – after more than a decade of navigating Canada’s byzantine regulatory process, and while facing conflicting First Nations’ claims and determined opposition from well-funded international environmentalist organizations – is testimony to the determination and resiliency of the project’s leader, South African-born engineer Andy Calitz. Without him, the project would have joined the already-crowded LNG project graveyard.

In 2010, there were more than 20 projects proposed for the BC coast. The most significant were ExxonMobil’s $25-billion West Coast Canada project, Chinese state-owned CNOOC’s $28-billion Aurora project and Malaysian firm Petronas’s $36-billion Pacific Northwest project.

Given the global emissions reduction and economic benefits of just one project, imagine the impact if even one or two more had crossed the finish line.

The only other major project left standing is Kitimat LNG and its future is in jeopardy. Equal in size to LNG Canada, the project is sponsored by American-owned Chevron Canada and Australian LNG pioneer Woodside Energy.

Regulatory approvals were finally obtained and site preparation was underway when, in late 2019, Chevron announced its intention to sell its 50% interest. Those close to the project believe the federal government’s weak response to the blockades of LNG Canada’s gas supply pipeline, led by non-elected Wet’suwet’en First Nation hereditary chiefs, was the last straw for Chevron.

Exporting LNG to displace coal is a powerful way for Canada to be a leader in helping reduce global emissions. And yet one of the most perplexing barriers for LNG project sponsors is the fixation of Canadian regulators on the project’s domestic emissions, which are minuscule in comparison with their enormous global reduction.

Prior to the December 2018 UN Climate Change Conference in Katowice, Poland, the federal Conservative Party urged the leaders of the Canadian delegation to propose that achievement of national emissions reduction targets include reduced foreign emissions from LNG exports. But this made far too much common sense for our prime minister and his Gerald Butts-led team of anti-fossil-fuel eco-zealots.

So not even Canada pushed what could be a big made-in-Canada contribution to global emissions reduction.

Gwyn Morgan is a retired business leader who has been a director of five global corporations.