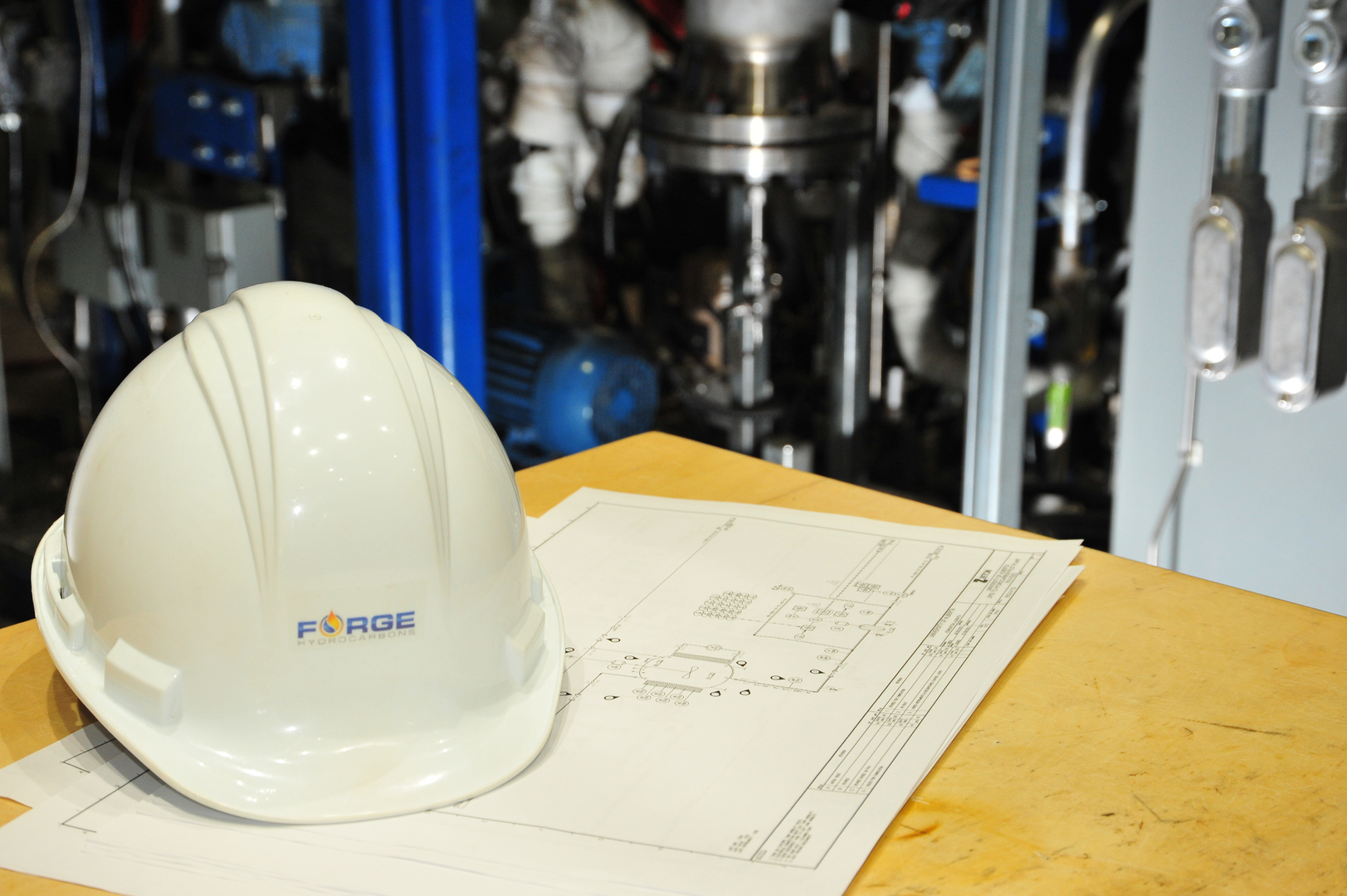 New technology employed by Forge Hydrocarbons Corp., a University of Alberta spinoff company, proves you don’t have to dig oil wells to produce fuel. You only have to dig through the muck we send to the landfill.

Waste streams like those from rendering plants and restaurants are loaded with low-grade fats and oils that can now be converted into biodiesel and other hydrocarbon-based products.

Dr. David Bressler is the award-winning scientist behind this innovation. Bressler is a professor in the Faculty of Agriculture, Life and Environmental Sciences at the University of Alberta. He’s also executive director of the Biorefining Conversions Network and scientific adviser to Forge Hydrocarbons.

Bressler got the idea for this particular bio-conversion of waste from his research at graduate school. He looked at how to generate value from agricultural waste streams.

“Trips to the rendering industry identified there were some low fats and oils that were very close to hydrocarbon fuels and we tried to convert one to the other.”

As Bressler explains, these fats are chemically very close to hydrocarbon fuels, except for an acid group at the end of the molecule. “So we just constructively looked for a way we could use high temperature and high pressure to more or less break off that acid group, leaving the hydrocarbon tail behind.”

This discovery opened the door to a new way to produce biodiesel fuel. What’s unique about Bressler’s process is the ability to make the fuel without the use of hydrogen as a catalyst. This significantly reduces the cost of production and diminishes its environmental footprint. Another advantage is that the process doesn’t require a pristine or even clean feedstock.

Bressler also discovered there are additional sources beyond rendering fats for material suitable for conversion to biodiesel.

“We’ve looked at tall oil, which is basically tree oil coming out of the pulp and paper industry. So we can go from those things to the brown and yellow greases, so restaurant grease. Because we can handle those dirty feedstocks, we can go to much more impure forms. We have tested against algae – that’s kind of the biomass area right now that’s getting a lot of interest globally – being able to grow algae on sunlight or trapping CO2. And we’re able to convert lipids, no matter where they come from, at this point.”

The Forge Hydrocarbons pilot plant at the Advanced Energy Research Facility in northeast Edmonton produces about 20 litres per hour. That will increase significantly when the company’s demonstration plant opens next fall in Sombra, Ont. Full production there will be 19 million litres a year.

Bressler is confident that the bio-conversion technology is economically viable, even at the demonstration plant stage. “The technology, because it doesn’t require oxygen or hydrogen like some of the other renewable technologies, we don’t have to get to the massive economies of scale to make individual plants economically competitive. That’s not saying you couldn’t build a bigger plant and kind of daisy chain a bunch of units together. But we’re pretty comfortable we’ll be in a good place even at the demo scale.”

At a time when the world is desperate to reduce carbon emissions, Forge Hydrocarbons offers an attractive environmental option. One, the feedstock is recycled waste from renewable sources. Two, the process will reduce the carbon footprint by at least 90%.

“We’re not using hydrogen, so we’re not using natural gas to make hydrogen, so we’re not releasing CO2 through that mechanism,” Bressler explains. “The CO2 that we would release from processing at these facilities, that acid group at the end of each molecule, normally that would have gone out to a car and burned and been released all over the place. In our case, it can be released at a single site source, which can be trapped and sequestered. Or used for food-grade applications, depending on the oil.”

Ultimately, the biogas and biodiesel produced by Forge Hydrocarbons can be used as fuel in vehicles. Bressler is applying for patents on the facility design and other uses for the product. One potential market is the cosmetics industry, because the production process is free of catalysts or reagents.

Veteran broadcast and online journalist Cheryl Croucher produces InnovationAnthology.com which can be heard online and on CKUA Radio.

This is the third in a 10-part series sponsored by Alberta Innovates. Distributed by Troy Media © 2018