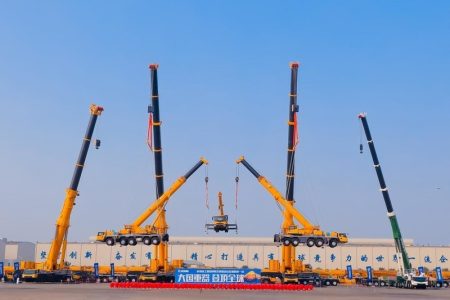 XCMG has reported an annual sales revenue of USD5.66 billion in 2020, taking the first place in the ICM20 Ranking of World’s Largest Crane Manufacturers released by the British KHL Group.

The 74 per cent year-on-year growth has moved XCMG up from last year’s fourth place to the first place. In the first 10 months of 2021, XCMG has reported a sales revenue of 235 per cent increase for customized hoisting machines.

“XCMG has always put technological innovation a top priority, we now have five major R&D centers worldwide, a first-ranking national level technology center and the industry’s only national key laboratory of high-end engineering machinery intelligent manufacturing and national industrial design center. Today, with the unremitting efforts of more than 4,000 XCMG scientists and engineers, we are leading the industry’s technological innovation development and step by step, catching up and even surpassing with our competitors,” said Wang Min, President and Chairman, XCMG.