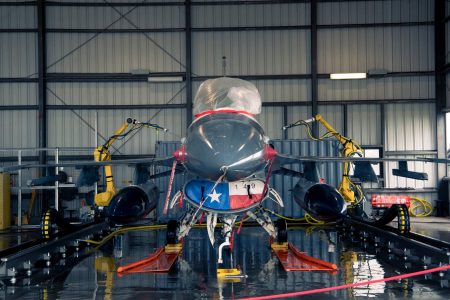 Wilder Systems has developed a robotic “drive-through” washing system for aircraft, and the programming interface is provided by Montréal-based software company RoboDK.

A team of four mechanics would usually take four hours to wash a plane manually, taking a total of 16 person-hours. With the new system, the washing cycle is completed in 52 minutes. This is a time saving of 95 per cent.

“RoboDK was the essential tool that allowed us to develop the world’s first-ever robotic plane wash. Using CAD-To-Path strategies, we were able to generate robot paths that were adaptive and error-proof,” said Alejandro Rengel, Project Programmer, Wilder Systems. “RoboDK helped me transform from an entry-level programmer into an advanced programmer through their easy-to-use GUI, abundance of training resources, and phenomenal customer service.” 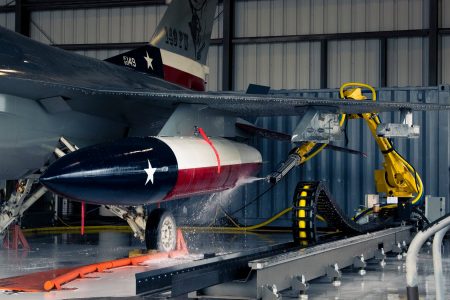 The core software components are RoboDK and Autodesk Fusion 360 for CAD/CAM, which integrates directly with RoboDK through a native plugin.

“Many RoboDK features were used in this single project,” said Jérémy Brouillard, Lead Product Manager, RoboDK. ” Wilder Systems used the ‘teach target on surface’ feature to program the first half of the plane. They defined the right washing angles and simply clicked on the plate surface to define the robot trajectories.  To finish it up, they saved half the work by using RoboDK’s Python API to mirror the programs for the second half of the plane.”