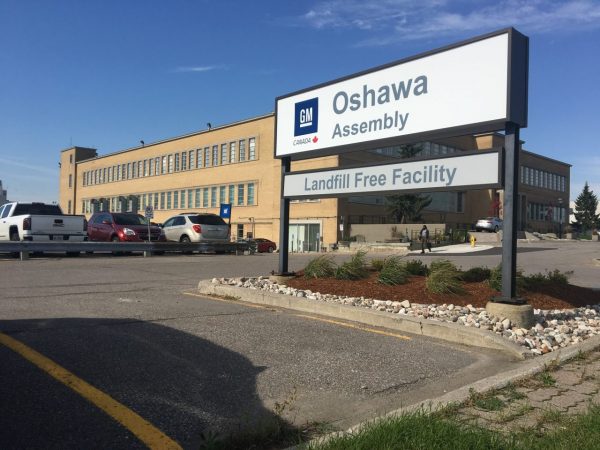 OSHAWA, Ont. — About 1,200 General Motors employees at the company’s assembly plant in Oshawa, Ont., have been temporarily laid off because of a strike in the US., with more job cuts expected soon.

The employees, who work on the Oshawa truck line, will still receive full wages while the strike by some 48,000 GM workers in the US continues.

Unifor president Jerry Dias says he expects the second line at the Oshawa plant to also be disrupted because of a lack of parts from the US as early as Sept. 19 to leave all 2,600 workers at the plant off the job.

He says he expects about two-thirds of GM’s Cami plant in Ingersoll, Ont., to shut down by early next week because of the strike, while its St. Catharines, Ont., operation could be hit by the middle of next week. Workers at those plants will still be compensated in a shut down but not as fully as the Oshawa workers.

Dias says some other operations are also issuing temporary layoffs, including a trucking company in Windsor, but that the auto plants will be most affected.

“There will be an impact in some industries, but the key hit will be the GM plants here in Canada.”

Parts manufacturers including Magna International, Linamar Corp, and Martinrea International did not say if their operations had been affected yet.

GM workers in the US walked off the job for the first time in over a decade on Monday over issues including wages, health care, and job security.

Dias said was impossible to say how long the US strike might go on, but that the UAW president told him Tuesday that no meaningful discussions had happened since the strike began. He said a Unifor strike in 2017 lasted longer than expected.

“It’s tough to say. Our Cami strike I thought would be a quick one, and it turned out to last the better part of a month.”