Dias said car companies are planning for demand six years from now, pressure from the pandemic is temporary. 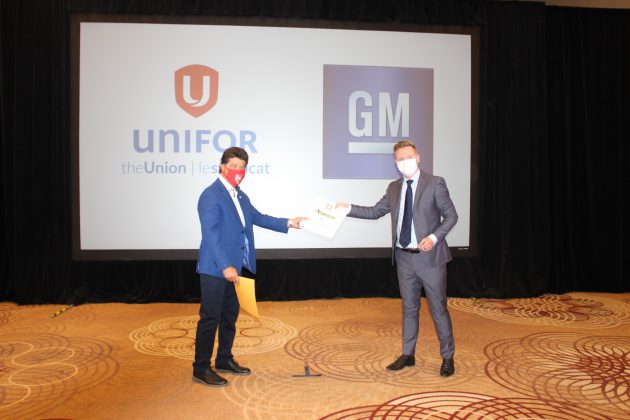 TORONTO — Negotiations with the Detroit Three automakers were launched Aug. 12 with Unifor national president Jerry Dias warning the union won’t make any concessions, even if there is a “second wave” of coronavirus infection.

Union representatives met with the Canadian arms of Fiat Chrysler Automobiles FCA, Ford Motor Co. and General Motors Co. to start negotiating wages and benefits for the next four years.

The impact of the COVID-19 pandemic on the employment landscape was in focus, after auto sales plummeted this spring during the peak months of the pandemic, and production lines stalled as automakers shut down plants.

“Has the pandemic taken some wind out of the sails? Of course it has. And I’d be naive not to acknowledge that, but it’s a different situation today than in 2008, 2009,” Dias told reporters.

“The crash of 2008 and the impending bankruptcies of General Motors and Chrysler was very much based on an entire collapse of the banking industry started with Lehman Brothers. So when people were losing their houses, they certainly weren’t buying cars,” he said.

“And so I’m hoping that we get out of this crisis a lot quicker than anybody had anticipated.”

Dias said that car companies are planning for demand six years from now, and that temporary pressure from the pandemic cannot be used as an “excuse” to keep new projects out of Canada.

“COVID-19 is a real problem. There’s no question. I feel for families that have lost so many loved ones. But this is an industry that thinks not just for the short-term, but the long-term,” said Dias.

“It’s not as if I have to chase wages in the United States, because that’s not a part of the real equation here today. Obviously, Mexican autoworkers make mere smidgens of what we do … That’s something that obviously we can’t compete with, from that point of view. But where we may not be as cheap as Mexico, we’re definitely more productive, and we’re certainly building incredible quality vehicles.”

Matt Hough, the general director of human resources and labour relations for GM Canada, said the company’s focus is to reach a four-year agreement that is “fair” and “flexible.”

Despite confidence in the auto companies’ balance sheets, Dias said the industry as a whole remains “in peril,” citing lack of investments in electric vehicles as one example. Dias noted that the existing collective bargaining agreements, which expire on Sept. 21, cover 3,600 fewer workers than when they were negotiated last time after downsizing at several plants, notably in Oshawa, Ont.

Dias warned that Canadian consumers would “punish” companies who did not keep local operations running.

“Canadians are really loyal to the companies that build here,” said Dias.