Trump to face tough crowd at G7 amid tariff fight

Unlikely to back away from the nationalistic policies that have frustrated and unnerved allies. 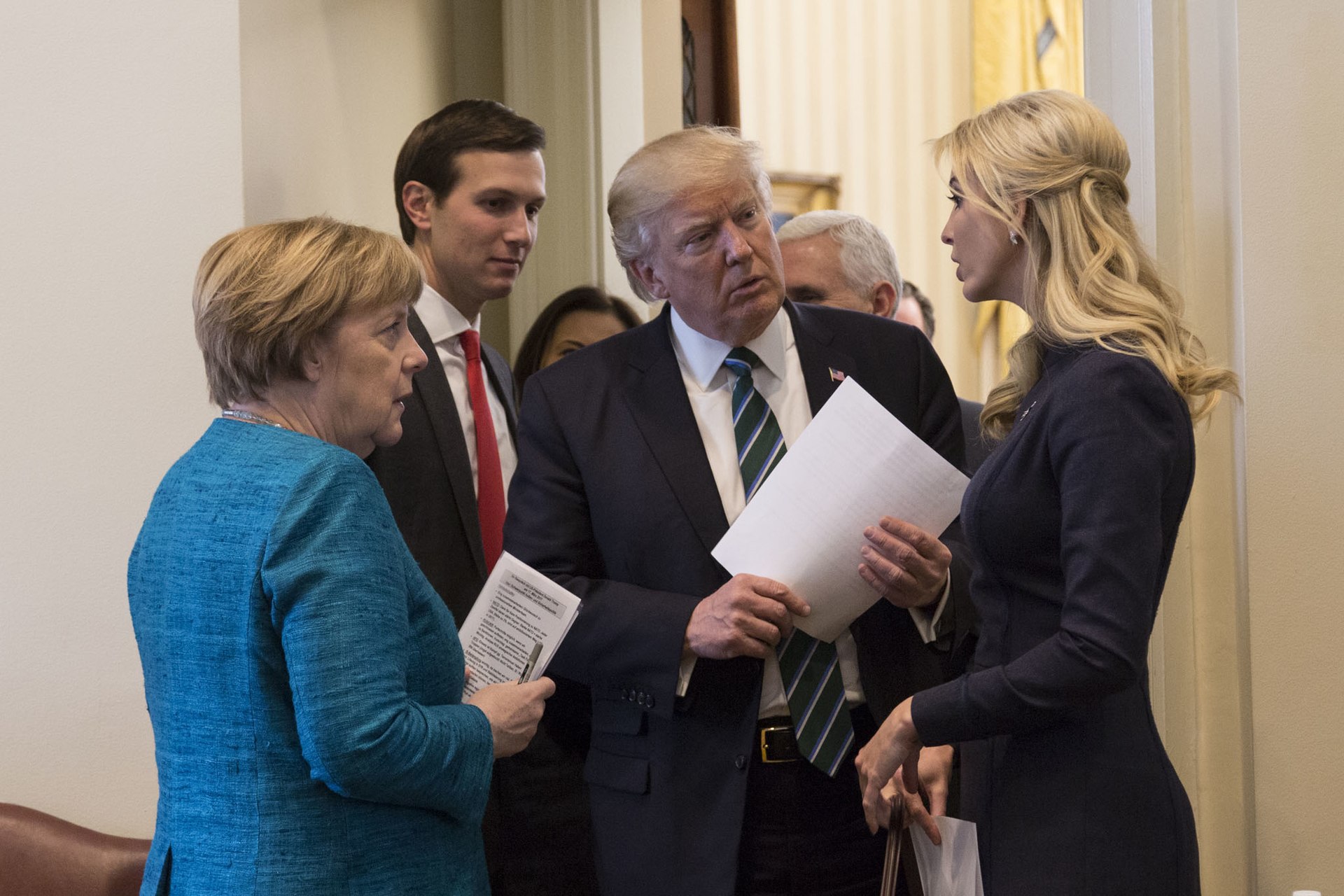 WASHINGTON — Before President Donald Trump sits down with a notorious dictator, he will face what may well turn out to be a tougher crowd – some of America’s oldest allies.

With his new tariffs increasing US isolation, Trump heads to Canada on June 8 for a meeting of the Group of Seven industrialized nations. The White House is expecting a chilly reception from Canada and West European countries, already frustrated over Trump’s withdrawal from the Paris climate accord and the Iran nuclear agreement.

German Chancellor Angela Merkel previewed the dynamics, telling the German parliament that “it is apparent that we have a serious problem with multilateral agreements here, and so there will be contentious discussions.”

Anticipating a tense two days in Quebec, Trump has complained about having to attend the summit, particularly since it comes just before his high-stakes meeting in Singapore with North Korean leader Kim Jong Un, said two people with knowledge of his thinking. But the White House has signalled no change in plans.

“The president wants to go on the trip,” Larry Kudlow, Trump’s top economic adviser, said of the summit in Canada. “The president is at ease with all of these tough issues.

“There may be disagreements,” Kudlow added. “I regard this as much like a family quarrel.”

Trump also is set to hold a series of one-on-one meetings, including with Canadian Prime Minister Justin Trudeau and French President Emmanuel Macron. Trump is unlikely to back away from the nationalistic policies that have frustrated and unnerved allies but which he sees as key promises to his most loyal voters. He has highlighted his efforts on Twitter, writing Monday: “The U.S. has made such bad trade deals over so many years that we can only WIN!”

Kudlow said allies should understand that Trump “will do what is necessary to protect the US , its businesses and its workforce,” adding that Trump “has always said, and I agree, tariffs are a tool in that effort.”

Trump announced in March that he was imposing tariffs on imports of steel and aluminum, but he temporarily granted a waiver to US allies like Canada, Mexico and the European Union, and also to China, as his administration said trade talks were continuing. Trump ended that temporary relief this month, seeking to pressure the other countries to cut new trade agreements with the U.S. Japan was never granted a waiver, despite Prime Mininster Shinzo Abe’s pleas.

Asked if the administration will respect decisions from the World Trade Organization on tariffs, Kudlow said that “international multilateral organizations are not going to determine American policy. I think the president’s made that very clear.”

This will be Trump’s second summit of the G7, an informal gathering that meets every year under a rotating chairmanship. The member countries are: Canada, France, Italy, Japan, Germany, the United States and the Britain. The European Union also attends.

While trade is expected to dominate, Trudeau also wants to focus on gender equality and climate change. Kudlow was vague on whether the summit will produce a joint decision or a clear outcome on trade or other issues, saying “let them meet first.”

The meeting comes after a gathering of G7 finance ministers concluded last week with a message of “concern and disappointment” to Trump from the other six countries. Describing the tense three days, Bruno Le Maire, France’s finance and economy minister, said it was “far more a G6 plus one than a G7.”

Treasury Secretary Steven Mnuchin responded: “We believe in the G7, it’s an important group,” adding that Trump looks forward to the gathering.

The increasingly critical tone from allies is a shift after leaders spent the past year and a half seeking to woo and cajole the American president. Thomas Wright, a senior fellow at the Brookings Institution, told reporters that for Trump’s first 500 days, “these countries generally were bent over backwards not to criticize President Trump. They tried to have close relations with him. They all tried to hug him close, as we used to say about Blair and Bush.”

But Wright added: “There is a feeling, I think, over the last few months, that that approach has not borne fruit, and that they haven’t really gotten anything for that friendly approach.”

Canada in particular has been outraged by Trump’s tariffs, taking umbrage at the argument that they were motivated by national security concerns. Trudeau told NBC: “The idea that we are somehow a national security threat to the United States is, quite frankly, insulting and unacceptable.”

Edward Alden, a senior fellow at the Council on Foreign Relations, said this marked the lowest point in decades in Canada-US relations, describing the two countries as allies that have “fought and died alongside each other” since World War I.

“This is deeply offensive to Canadians,” Alden said.

Kudlow played down any conflict, saying he had “no doubt the United States and Canada will remain firm friends and allies whatever short-term disagreements may occur.”