Trudeau affirms importance of NAFTA amid rumbling of US Mexico deal

Some of Trump's senior cabinet members have already paid a visit to Mexico's new leader. 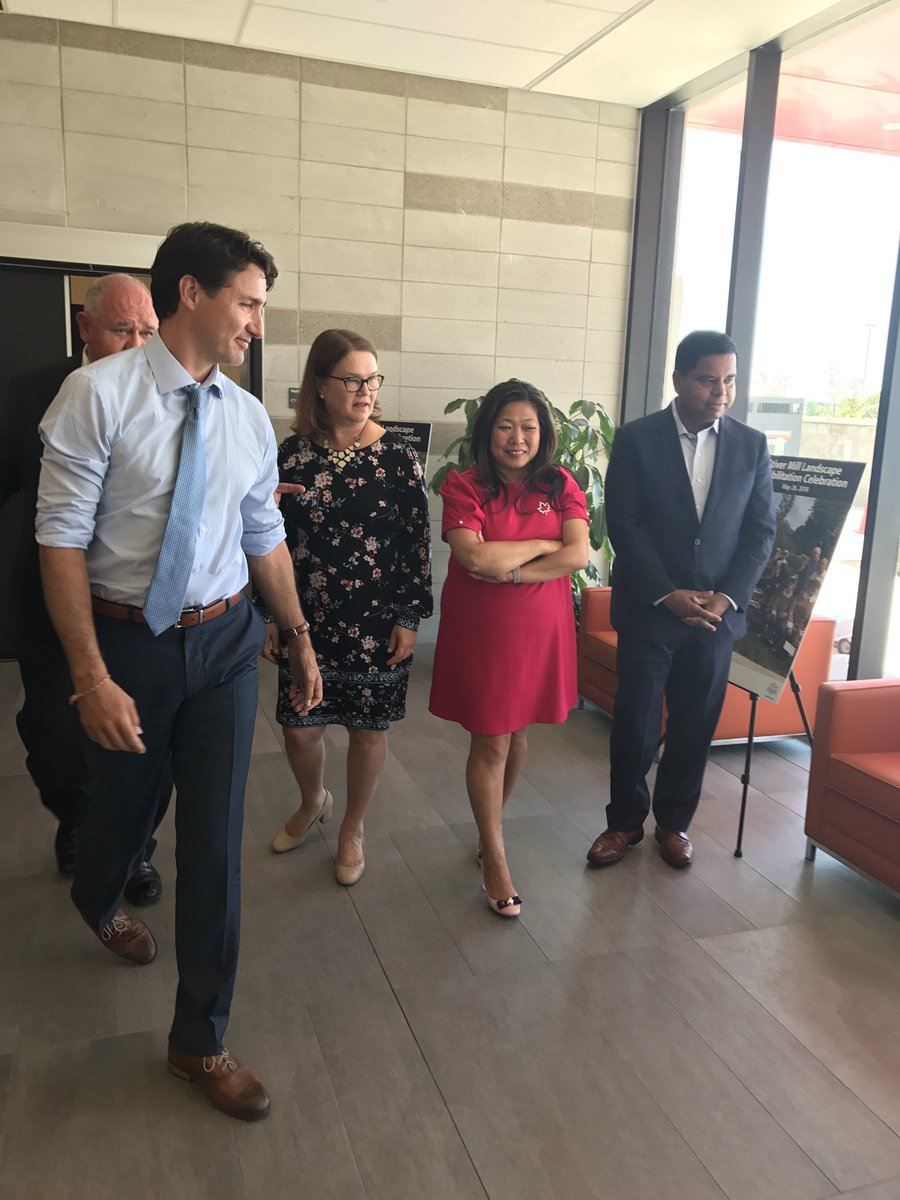 The PM was in Markham, Ont., Jul. 20 speaking about the issue. PHOTO: Justin Trudeau/Twitter

OTTAWA — Despite fresh rumblings of a bilateral deal between the US and Mexico, Prime Minister Justin Trudeau is convinced that a full North American Free Trade Agreement is best for all three countries.

However, US President Donald Trump and his Agriculture Secretary Sonny Purdue both said earlier this week that a deal with Mexico could come first, before one with Canada is struck.

Ildefonso Guajardo, Mexico’s economy secretary, told a radio station this week that he will be in Washington next Thursday to resume NAFTA talks with US officials.

Without elaborating Friday, Trudeau said: “We continue the discussions with the United States and Mexico.”

There is no immediate plan for Foreign Affairs Minister Chrystia Freeland to travel to Washington next week for NAFTA talks, said officials speaking on the condition of anonymity due to the sensitivity of the situation.

Some of Trump’s senior cabinet members have already paid a visit to Mexico’s new leader, which left the president upbeat about future trade prospects with that country.

“We have had very good sessions with Mexico and with the new president of Mexico who won overwhelmingly,” Trump told a cabinet meeting on Wednesday.

“And we’re doing really well on our trade agreement. So we’ll see what happens. We may do it separately with Mexico, and we’ll negotiate with Canada at a later time.”

Purdue persuaded Trump not to tear up NAFTA last year, but he told the president during the meeting this week that separate deals with the two countries might be better for American farmers.

“They’re very anxiously awaiting the wins, and we hope that the deal with Mexico and then Canada can come along very quickly behind that,” said Purdue.

“They believe that you are an American-first president and they want to be with you. We just need to help their pocketbooks.”

While it might appear as if the stars are aligning for a Mexican-US pact, a leading Canadian business group said it is too early to press the panic button over NAFTA’s demise and its replacement with two separate deals.

That’s because the Mexicans and Americans remain as far apart as they have ever been on key issues such as the proposed five-year sunset clause that Trump wants, said Brian Kingston, vice-president of the Business Council of Canada.

Kingston said US trade czar Robert Lighthizer prefers bilateral meetings rather than having both of his North American counterparts together in the same room.

Indeed, Freeland met Lighthizer alone in late May in Washington as part of a final Canadian push to get an agreement before talks were suspended because of the July 1 Mexican election.

NAFTA has created the supply chains that now move people and goods seamlessly across three countries, and a pair of two-way deals would hamper that, said Kingston.

“That said, you can’t rule it out. That’s definitely the US preference.”

Trudeau said Friday that getting a renegotiated NAFTA “is at the centre of everything we do” to create jobs and expand the economy.

In July 11 remarks to a Montreal meeting of the Australia-Canada Economic Leadership Forum, Harper said that fighting with Trump gives Trudeau’s Liberals a political win in Canada.

“This is great for them. And so right now that is the strategy they are on,” Harper said in a speech to the closed-door luncheon, a recording of which was obtained by CTV News.

Trudeau said Friday he’s consulted all recent prime ministers, including Harper, on NAFTA, but he refused to address Harper’s criticism, saying the deal is too important.

“I won’t be playing politics with it,” Trudeau said.

“This is an all-hands-on-deck approach.”

—with files from Andy Blatchford


Related Stories
US and Mexico tentatively set to replace NAFTA with new deal
Friday NAFTA deadline not firm; no deal is better than a bad one: Trudeau
80% chance of new NAFTA deal announced within a month: Mexico
Canada to rejoin NAFTA talks after US, Mexico agree to overhaul trade pact [UPDATED]