Tariffs still in place, Ottawa to commit up to $90M for Algoma Steel 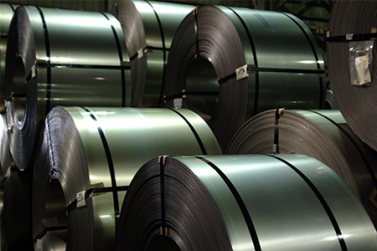 OTTAWA — The federal government is to announce up to $90 million in support for Ontario’s Algoma Steel on Jan. 10 in a commitment aimed at helping the producer deal with the American tariffs on steel and aluminum, The Canadian Press has learned.

Canada has rejected the premise of the American duties – that its metals exports pose a national-security threat to the US – and has been fighting for the removal of the tariffs. Ottawa has implemented tariffs of its own on a long list of US imports in hope of forcing Washington to back down.

The US tariffs, however, remain in place.

The federal Liberals were criticized last fall for signing a new North American trade pact, which includes the US, without securing any guarantees from Washington that it would lift the levies.

In making the Algoma funding announcement, the federal government is expected to say the commitment will maintain and create 3,050 Algoma jobs in Sault Ste. Marie, although it’s unclear how many new positions will be added.

The investment will include up to $60 million from the Federal Economic Development Agency for Southern Ontario and $30 million from a federal program known as the strategic innovation fund.

The government funding is to help support Algoma in its effort to bring in new technologies, improve productivity and stay competitive on international markets.

Finance Minister Bill Morneau met with US Treasury Secretary Steven Mnuchin on Jan. 9. Morneau has pressed Mnuchin in the past on the tariff issue.

Jeni Armstrong, a spokeswoman for Morneau, said in an e-mail that the minister and secretary met in Washington to discuss “the ongoing need to resolve steel and aluminum tariffs” as well as the cross-border trading relationship. She said Morneau also thanked Mnuchin for the US’s public statements of support on the two Canadians detained on national-security grounds in China.

Earlier this week, Prime Minister Justin Trudeau discussed the tariffs in a phone call with Trump, according to a readout of their conversation.

Last June, Ottawa released a financial aid package for industries caught in the crossfire of the tariff dispute.

Ottawa’s tariff relief package included up to $2 billion in fresh funding and support for the steel, aluminum and manufacturing sectors and their workers. For companies, Ottawa promised up to $1.7 billion worth of financing and services for steel and aluminum industries through the Business Development Bank of Canada and Export Development Canada.

As part of the tariff relief, Bains announced a commitment last October of up to $49.9 million through the strategic innovation fund for steel producer ArcelorMittal Canada. Bains said the investment would support up to 4,700 jobs in Hamilton, Ont., and 1,700 more in Contrecoeur, Que.