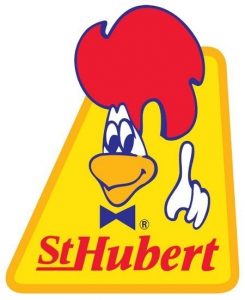 As its 70th anniversary celebrations get under way, St-Hubert unveiled a revamped and electrified 1967 Volkswagen Beetle.

Over the next five years, St-Hubert will invest over $200,000 to purchase carbon credits, ensuring that its delivery service is carbon neutral.

“St-Hubert has always been about daring to innovate and make a real difference for customers and local communities. We’re very proud to offer now a carbon-neutral delivery service and to be making this announcement as we celebrate our 70th anniversary. It’ll be a real joy to see our electric Beetle on the road—both our history and our aspirations on full display.” said Richard Scofield, President, St-Hubert Group.

The task of electrifying the yellow Beetle was entrusted to Ingenext, a Trois-Rivières-based company specializing in the reuse of EV parts, transportation electrification and automotive technology development. Ingenext swapped the original ’67 Beetle’s engine for a Chevrolet Volt battery and a Tesla Model 3 engine, a tall order considering the retro model’s limited space. A touch screen was also added to the dashboard to display data and control various vehicle functions.

“Ingenext is very proud to have worked with St-Hubert to restore and electrify their Volkswagen Beetle. It’s gratifying to have been entrusted with this project, considering that we’re the only company in Quebec that specializes in reusing motors and batteries from various automobile manufacturers. Drawing on our electrification expertise, we were able to integrate modern components into the St-Hubert Beetle, turning it into a unique, 100 per cent electric car. We’re very excited to see it hit the road in celebration of St-Hubert’s 70th anniversary.” said Guillaume André, CEO, Ingenext.