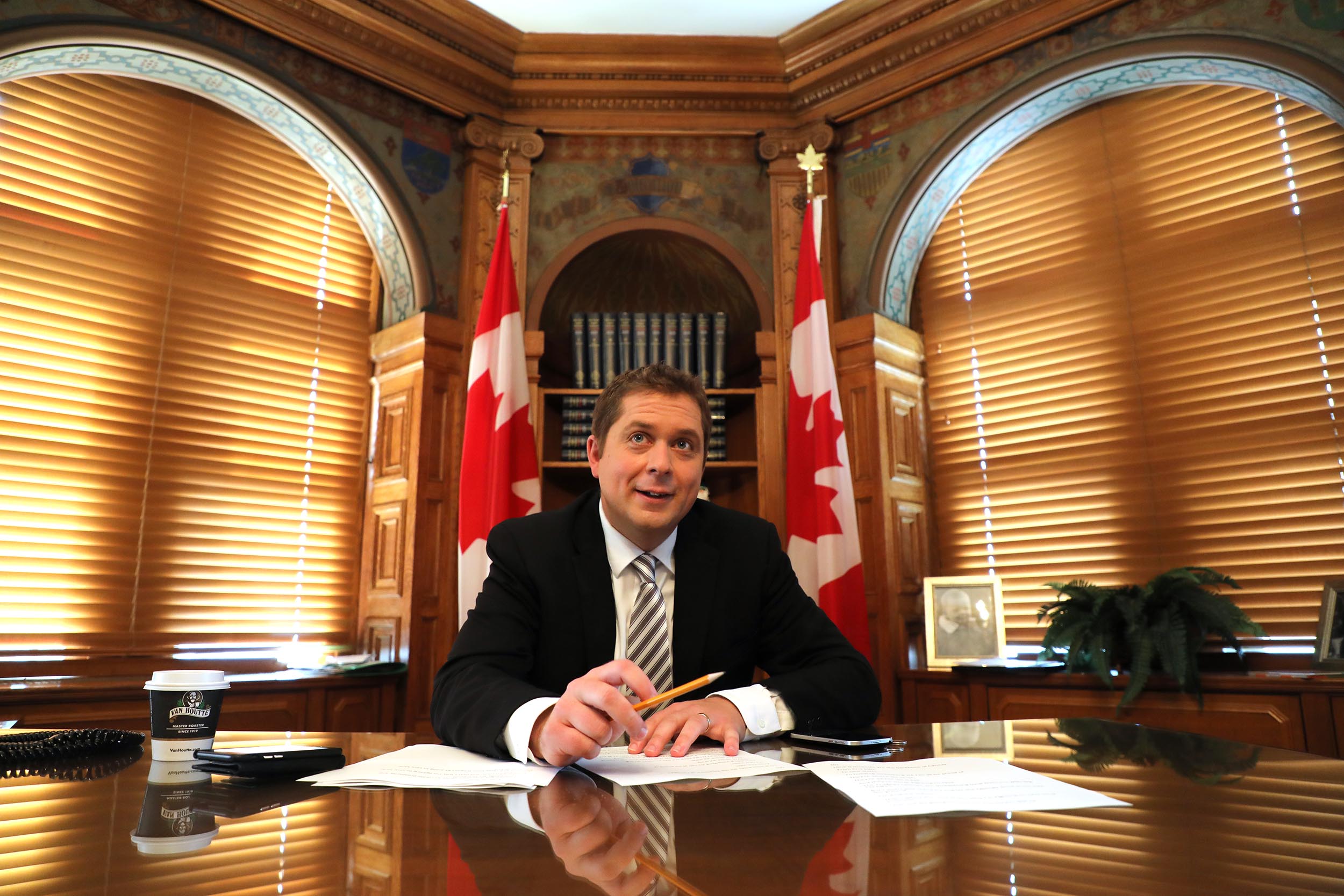 OTTAWA — Six months after Prime Minister Justin Trudeau’s foreign policy prowess was pummelled by a disorganized state visit to India, his chief opponent is heading to New Delhi to try to “repair and strengthen” Canada-India relations.

Conservative Leader Andrew Scheer will take his team to India for nine days in October. He has plans to meet with senior government officials, business leaders and civil society and faith leaders.

“Standing with a united India is Canada’s gateway to unprecedented human and economic development, and an essential alliance for Canada to strengthen in the face of shared threats,” Scheer said in a statement.

He also praised India for being the world’s largest democracy and having one of the fastest-growing economies, saying the country “in recent years is transforming into a rising power in the vast Indo-Pacific region and beyond.”

“A Conservative government will dramatically expand the strategic relationship between our countries and our peoples and advance our shared security, prosperity and values. Unfortunately, Justin Trudeau’s disastrous trip to India damaged this key relationship and we must now work to repair it.”

Indeed, Trudeau’s nine-day sojourn to India last February is likely one the Liberals wish they could erase after numerous missteps damaged Trudeau’s reputation both at home and abroad.

The choice to wear high-end Indian fashions while touring Indian landmarks with his family made for some uncomfortable optics, widely distributed via social media, that are sure to resurface as the 2019 election season rolls around, if not sooner.

But the real body blow came when a Canadian man convicted in 1986 of trying to murder an Indian politician on Vancouver Island found his way onto the guest list of two different receptions with the prime minister in Mumbai and India.

Indian Prime Minister Narendra Modi – whose silence on the first five days of Trudeau’s trip was perceived by many as a purposeful snub – salvaged the trip near the end, greeting Trudeau warmly with his signature bear hug at the presidential palace.

The two signed a number of agreements about environmental policies and trade, including a joint commitment to battle extremism that named two Sikh extremist groups, riling up the Sikh Canadian community, said Balpreet Singh, legal counsel for the World Sikh Organization of Canada.

India’s successful effort to reinvigorate fear of Sikh extremists in Canada, despite absolutely no evidence of their existence, set the community back decades in terms of their position in Canada, said Singh.

As proof, he cited two violent attacks last March on Sikhs in Canada, and the security agreement was seen among many Sikhs in Canada as a capitulation to the Indian government.

“We feel this could be a threat to our community and we made sure that message was passed on loud and clear,” he said.

There’s no itinerary yet available for what Conservative officials say will be a business-oriented trip by Scheer, with no Taj Mahal photo ops. It’s not yet known whether he will meet with Modi.

Brock Harrison, a spokesman for Scheer, said India is “an important strategic partner for Canada for a number of reasons,” adding that Scheer believes there is “work to do” to strengthen the relationship between the two countries.

India is one of the world’s fastest growing economies, displacing France for sixth place among the world’s nations last year, yet trade with Canada remains sluggish. In 2012, the former Conservative government set a goal of increasing two-way trade to $15 billion by 2015. In 2017, it was about $8.4 billion.

For eight years, Canadian and Indian officials have been in talks to work towards a free trade agreement. The Conservative government said in 2011 it hoped to conclude an economic partnership agreement with India in 2013. Five years later, there is still no agreement in place.


Related Stories
Opposition leader Scheer off to London to talk trade ahead of Brexit
Scheer on revamped NAFTA deal: ‘I would have signed a better one’
Scheer tells Trudeau to invite Energy East ‘back to the table’
Scheer repeats alleged libel, goads Trudeau to sue