Some residents aren't happy with the four names under consideration, town council looking at expanding options. 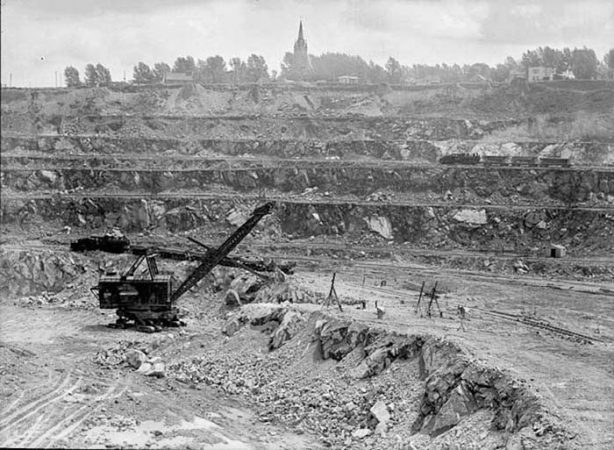 MONTREAL — The town of Asbestos, Que., is hitting the pause button on its search for a new name after citizens voiced displeasure about the four contenders on the short list.

Caroline Payer, a town councillor, said it was decided to take more time to explain the process and possibly expand the list of options before voting begins.

The Eastern Townships town has been looking to shed its association with the toxic mineral that was once its economic engine but has now become a source of negative attention.

The mayor announced earlier this week that residents would be able to vote to rename the town to either Apalone, Jeffrey, Phenix or Trois-Lacs.

But Payer said some residents aren’t happy with the names, which refer respectively to an endangered turtle, the name of the city’s first asbestos mine operator, a mythical bird and a former municipality that merged with Asbestos in 1999.

Payer says the decision to change names is an emotional one, and it’s important to take the time to ensure citizens are proud of the name that is chosen.

She said more details on the revised process will be available in the next week.

“It’s a historical one too. It’s not so often that a municipality changes its name.”

The town about 130 kilometres east of Montreal helped make Canada one the world’s leaders in asbestos exportation. The Jeffrey mine, once Canada’s largest, closed in 2012.

Long used in building materials such as ceiling tiles and cement, asbestos is now banned in many countries.

The World Health Organization says the inhalation of asbestos fibres causes lung cancer, mesothelioma and other diseases and is responsible for tens of thousands of deaths around the world.

Under the original timeline, the community of more than 7,000 was expected to vote at city hall between Oct. 14 and Oct. 18, using a ranked ballot.

Payer said that while the vote may be delayed, the town is eager to move forward as quickly as possible with a process that has already stalled because of the COVID-19 pandemic.

She said it was still unclear whether the town would solicit more name suggestions or expand the list on the ballot to include some other names that were previously suggested.

While she acknowledged there are some people in the town who remain opposed to changing the name altogether, she said Asbestos will not be an option on the ballot.