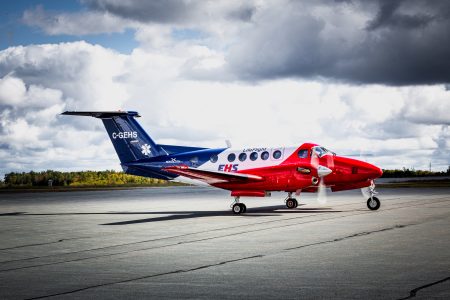 PAL Aerospace received a contract for the continued provision of air ambulance services for the Province of Nova Scotia.

“This award affirms PAL Aerospace’s long-standing partnership with Nova Scotia Department of Health and Wellness and EHS LifeFlight in the delivery of leading-edge fixed-wing air ambulance services for the Province of Nova Scotia,” said Jake Trainor, CEO, PAL Aerospace. “Through the course of our work together, we have made extensive investments in technology training and interoperability to ensure we are offering the most consistent, reliable and safe medical transports possible.”

PAL Aerospace is part of the Exchange Income Corporation family of companies, and has been delivering fixed-wing air ambulance services, in partnership with EHS LifeFlight, under contract in the Province of Nova Scotia since 2000.

“We are pleased that this highly successful partnership with PAL Aerospace will be continuing,” said Colin Flynn, Senior Manager, EHS LifeFlight. “PAL Aerospace play an integral role in our ability to provide the highest level of care to the people of the Maritimes”.