Ottawa steps into ‘Ring of Fire’ debate with Doug Ford

The mineral-rich deposits were discovered in a region inhabited by Indigenous peoples, provincial governments have been trying to develop them since 2007. 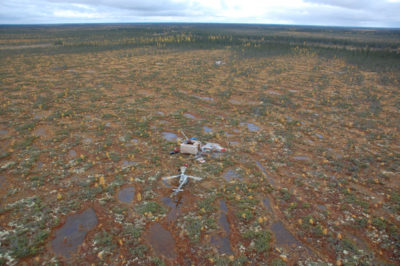 The struggle over the mineral deposits in Ontario’s Ring of Fire has taken a surprising turn.

With all eyes on BC as events unfold in Unist’ot’en, the federal minister of environment and climate change has said the agency will establish a major regional assessment process for the Ring of Fire.

The region, 500 kilometres northeast of Thunder Bay, is said to hold one of the world’s richest chromite deposits, as well as nickel, copper and platinum. While some First Nations communities support the roads that would lead to the mines, other Indigenous people across the region are concerned they are losing control over the pace and scale of development in their homelands.

Those who support the development of the Ring of Fire will undoubtedly cast the federal decision as meddling by environmentalists and a disaffected First Nation. We see it as Canada finally stepping into the ring with Ontario Premier Doug Ford to restore some integrity to the environmental assessment process.

Canada steps into the ring with Ford

In August 2019, the Ford government threw out the regional framework agreement signed by the previous Liberal government and the Matawa nations in 2014. Instead it opted for a road-by-road, mine-by-mine approach to environmental assessment for projects that could open the region to more than 100 years of mining.

The move all but invited litigation and Indigenous land defence actions. It made a mockery of the “next-generation” environmental assessments that were meant by Prime Minister Justin Trudeau to restore Canadians’ trust in environmental regulation after the Harper years.

Last fall, Neskantaga First Nation, a community with whom I have an ongoing research relationship, engaged Osgoode Hall Law School’s Environmental Justice and Sustainability Clinic to assist with their participation in the environmental assessment process for the proposed roads.

When it became clear the current provincial regime couldn’t accommodate their concerns about the cumulative impacts of all the development, the Osgoode clinic wrote to the federal minister and requested he exercise a new discretionary power to establish a regional assessment under the contested Impact Assessment Act.

The Ring of Fire was discovered in 2007, in a roadless region of Ontario inhabited almost exclusively by Indigenous peoples. Ontario governments have repeatedly played up its value as a multi-billion dollar bonanza of jobs and economic benefits for the region. They have pledged to build a 300-kilometre access road that would connect the deposits to a provincial highway.

Many in the small, remote Anishinaabe communities fear the mines and roads will change their way of life forever. They are already in a state of near-constant social emergency. Neskantaga First Nation, for example, holds the dubious distinction of having the longest-running boil-water advisory in the country. It is also in the grips of a youth suicide epidemic.

Building roads to access resources presents profound risks to the communities’ ways of life, their harvesting practices and to their abilities to fulfill their obligations to steward the land according to their own Indigenous legal traditions. And yet, if Ontario gets its way, none of these long-term regional impacts will factor into the environmental assessments at all.

Back to the future?

Five years ago, negotiations between the Matawa First Nations and Ontario were on their way to an enhanced environmental assessment process that would give the First Nations a meaningful voice in the decision-making to shape their homelands for the future.

That process was prematurely interrupted by former Ontario premier Kathleen Wynne’s decision to switch to the divide-and-rule tactics of negotiating with communities one-by-one, and then finally terminated by Ford’s preferred “jump on a bull-dozer” approach.

The prospects for a sensible, comprehensive, Indigenous-led regional planning process for the future of the far north of Ontario disappeared and were presumed dead — until federal Minister of Environment and Climate Change Jonathan Wilkinson stepped in.

Few legal experts were optimistic about the minister’s willingness to step into this hot mess; Ontario was already making deals with some of the affected First Nations to make them the official proponents of various road options.

This kind of process is seen by many Indigenous people in the region as a necessary way to allow for the expected impacts from all of the mining and road proposals to be examined for their transformative, cumulative impacts on their way of life, harvesting and jurisdiction on the land.

The criteria the Impact Assessment Agency of Canada established to guide decision-making on when regional assessment would be appropriate are all met in this case. They include, among others: a potential for adverse effects on areas within federal jurisdiction, such as climate change, fisheries and endangered species; a high likelihood of impacts on the rights of Indigenous people; and considerable public interest related to cumulative effects in the region.

The regional assessment is also an opportunity to return to the path recommended by Matawa and the downstream Mushkegowuk First Nations in 2011, which empowers Indigenous authorities to exercise control over the decisions that will impact them the most. It offers a path to meaningful participation, consent and real reconciliation.

As the state attempts to push the Wet’suwet’en hereditary leaders off their lands at the barrel of a gun, what we are witnessing across the country is a wave of Indigenous cultural and political resurgence colliding with a desperate drive to extend the extractive frontier. This move by the federal minister of environment and climate change is the next front in that battle for the recognition of Indigenous legal orders and their rights to free, prior and informed consent.