Oil price crash: what does it mean for Canada?

The turmoil is already affecting Canadian companies and consumers. 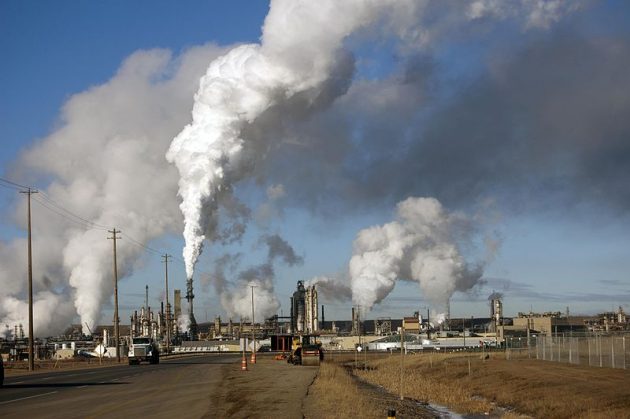 CALGARY – World oil prices are in free fall after Saudi Arabia slashed its crude sale price on March 8, signalling the start of a price war after OPEC talks with Russia broke down without an agreement on production cuts.

The threat of increased crude supply, on top of prices already weakened over fears the global outbreak of a novel coronavirus would lead to lower fuel consumption, triggered the crash. The turmoil is already affecting Canadian companies and consumers.

What does it mean for fuel prices?

Lower oil prices usually mean lower prices at the pump for drivers, although consumers should expect a lag before they see cheaper gas. Refineries work their way through inventories purchased at higher prices before the price drop. Despite the advent of carbon taxes, the price of oil is still the largest component in the price per litre of gasoline, diesel and other fuels, so drivers will eventually notice the drop.

How does it affect Canadian oil prices?

Crude oil is traded on a global market, so when oil prices fall in New York or London, they also fall in Edmonton. Heavy-oil benchmark Western Canadian Select (WCS) is a blend of made of oilsands bitumen and light oil that allows for better pipeline flow. Unlike other commodities, WCS futures are based on the price difference with U.S. benchmarks and therefore reflect changes in those prices. On the other hand, world oil trade is conducted in U.S. dollars, so the plunging loonie will help mitigate the effect of lower oil prices in Canada.

How does this affect Canadian oil and gas companies?

Lower commodity price forecasts are already causing producers to cut spending and payouts to their shareholders. On Mar. 6, Vermilion Energy Inc. halved its dividend. The day before, Canadian Natural Resources Ltd. trimmed $100M from its 2020 capital spending budget and said it could cut another $300M to $400M if market turmoil continues. Lower oil price forecasts were partly blamed for the recent shelving of the $20.6B Frontier oilsands mining project by developer Teck Resources Ltd.

How does this affect investors in the stock market?

Energy companies were among the hardest hit Monday on the Toronto Stock Exchange, with Cenovus Energy Inc. and MEG Energy Corp. each down more than 40% in early afternoon trading. Heavily weighted Enbridge Inc. dropped 13.1%. The TSX energy subindex, which tracks the market value of Canada’s largest oil and gas companies, dropped sharply, trading as low as 29.6% below its Friday close. Energy has the second highest weighting of any sector on the TSX, at 15.9%, so a drop in energy stock prices drags down the index.

How will lower crude prices affect the Canadian economy?

Globally, Canada is the fourth-largest producer and fourth-largest exporter of oil and the energy sector accounts for more than 11% of its gross domestic product. That means lower prices are a “huge negative” for the country, says Sherry Cooper, chief economist for Dominion Lending Centres. The scale of the economic hit will depend on how long lower prices persist, she says.