Highlights at the Las Vegas event were the Judges Choice and Best of Show awards. 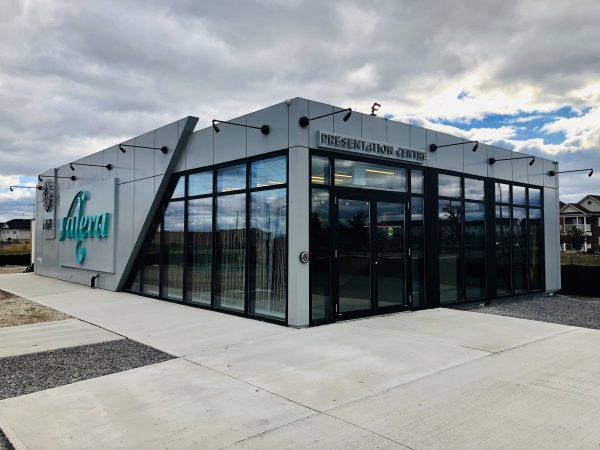 The company, based in Grimsby, Ont., won the Judges Choice and Best of Show awards as well as first place in the Green Building – Greatest Renovation for Adi Development Group – Valera Sales Center.

NRB said the sales office was built a few years ago for another development, Stationwest, then relocated last year and renovated to suit the new Valera development design. The sales pavilion was a previous winner of three AOD awards in 2017. The building has now won five awards.

Best of Show was awarded with partner Axis Construction Corp.,  as well as first place in the Permanent Modular Healthcare over 10,000 square-feet category for the Gotham Health – Vanderbilt Family Health Clinic. The 20,000square-foot non-combustible steel and concrete facility was constructed as a two-story building inside the NRB plant, then shipped to the Staten Island site where it was assembled in six days.

The full-service ambulatory centre has achieved a LEED silver rating.

“We are honored to receive the recognition for our buildings by the esteemed judges, and our colleagues, for our contribution to the modular building industry’s showcase of excellence as seen at the Awards of Distinction each year,” said Laurie Robert, vice-president of sales and marketing.

NRB, celebrating 40 years in business, was acquired by Horizon North Logistics Inc., which completed the deal on April 1.

“Like our locations in Kamloops, Aldergrove and Calgary, the NRB facility is strategically located near major transportation routes and a diverse labour pool. That location, coupled with an expanded product portfolio and the unified expertise of our two teams, should have us well-situated to provide industry-leading, turn-key modular solutions across the country, “said Rod Graham, president and CEO of Horizon North.

The Calgary company is a provider of industrial, commercial, and residential products and services, including modular buildings.