Daimler’s Mercedes-Benz has unveiled a key interior component of its upcoming electric luxury sedan: a large, curved screen that sweeps across almost the entire width of the car in the place of a conventional dashboard. 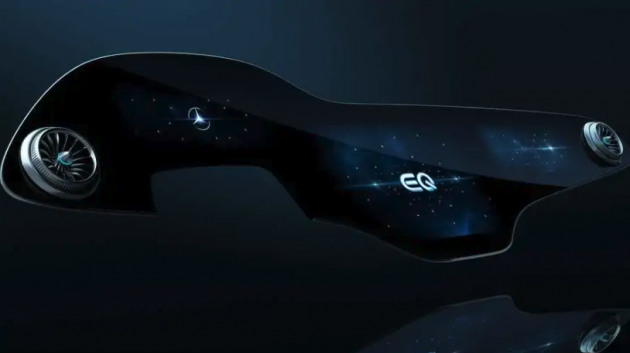 The company’s CEO says its not just a selling point for customers but also points to a potential source of new digital revenue.

The MBUX Hyperscreen option available on the EQS sedan coming later this year uses artificial intelligence to learn what functions drivers use most, such as navigation and hands-free phone calls, then keeps those functions prominently on display so drivers don’t have to hunt.

Intuitively at your fingertips

Ola Kallenius, CEO of parent company Daimler AG, said Thursday in a recorded video presented online that the system is intended to be highly intuitive. “It only shows what is needed: no scrolling, no browsing,” he said.

“It makes it so intuitive that the thing that you want to do, whether it’s navigation or music or whatever you want to do, that you very quickly, very intuitively have that thing at your fingertips. You don’t have to scroll through many different layers,” Kallenius said during a conference call with reporters.

The screen also lets the front seat passenger watch television in some markets, while preventing the driver from watching the passenger’s screen to avoid distraction. If the passenger seat is not occupied, that part of the screen switches to a decorative pattern only. The most essential functions are surfaced at the screen’s basic level so the driver doesn’t have to hunt for them, and the system also uses voice commands.

Kallenius said that in developing the screen, the company focused on eliminating information and activities that could preoccupy drivers. “We wanted to reduce driver distraction and make the car safe,” he said.

The system also offers a chance to capture future digital revenue through subscription and streaming services available through the Hyperscreen option, such as a live traffic service. Kallenius said such services would be “a growing pool of revenue and profit in subscriptions” and that the company aims to grow digital revenues to 1 billion euros before interest and taxes by 2025.

Built on its all-electric framework

Kallenius said the forthcoming EQS luxury sedan would showcase the company’s efforts in digitalization and electrification, two trends that are shaking up the industry. It’s the first Mercedes car built on its all-electric framework rather than sharing components with an internal combustion model.

The EQS, the electric counterpart to the Mercedes conventionally powered S-Class, is one of four battery-powered models coming this year as German carmakers seek to challenge electric carmaker Tesla.