New industry develops around sucking carbon dioxide out of atmosphere

Turning CO2 into a useful product that can be profitably removed from the atmosphere. 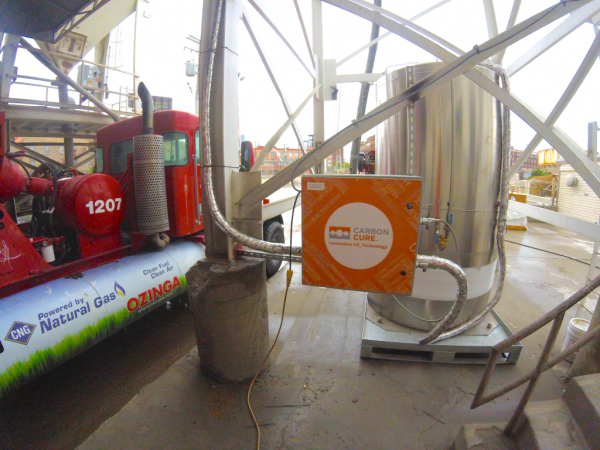 Somewhere in west Texas, amid one of the most productive oilfields in the continent, a Canadian company is building a plant that it hopes will eventually suck from the air a million tonnes of carbon being pumped out of the ground all around it.

Carbon Engineering’s groundbreaking plant is one of many projects hoping to help in the fight against climate change by turning its main driver – carbon dioxide – into a useful product that can be profitably removed from the atmosphere.

“We’re pulling the CO2 back down,” CEO Steve Oldham said in a recent interview.

People in labs and boardrooms around the world are beginning to confront the realization that more needs to be done than cut emissions if the world is to remain livable. Vast amounts of carbon already in the atmosphere will have to be removed.

A 2017 paper in the scientific journal Nature Climate Change calculated that to stabilize climate change at 2 degrees C, between 120 billion and 160 billion tonnes of CO2 will have to be sucked from the air and stored underground. That’s in addition to Paris agreement emissions cuts.

That would cost big bucks. And that, says energy economist Mark Jaccard, is why companies such as Carbon Engineering are so important. Using CO2 to make marketable products will help pay for the massive scale-up of technology to remove CO2 and inject it permanently underground.

“You’re going to have to figure out some product you can make until humanity’s ready to use this for the real reason, which is to capture and bury carbon,” said Jaccard of the University of British Columbia.

Carbon Engineering is already pulling CO2 from the air and turning it into fuel at its pilot plant in Squamish, BC. In Halifax, CarbonCure Technologies is injecting CO2 into concrete.

Many companies already inject CO2 underground to force more oil to the surface _ which, if done right, can result in carbon-negative oil. Other companies are using the gas to create useful chemicals, carbon nanotubes or plastics.

“There’s a number of technologies we’re trying to advance,” said Wes Jickling of the Canadian Oilsands Innovation Alliance. The group is helping run the Carbon XPrize, a $20-million award for the best conversion of CO2 into a saleable product.

The market for such products has been estimated at $1 trillion a year.

The question is whether that’s a prize adequate to drive innovation and construction fast enough to start reducing atmospheric CO2 before global temperatures rise past 1.5 degrees C. That’s little more than a decade, according to the United Nation’s Intergovernmental Panel on Climate Change.

The technology for burying carbon underground, known as sequestration, is well understood and is being used at full-scale sites in Alberta and Saskatchewan. But in 2018, the British Royal Society found that the pace of building such facilities needs to speed up by at least 100 times to meet the UN’s climate target.

Making products from CO2 also creates what’s known in climate circles as the moral hazard. If we can suck the gas out of the air, why bother emitting less of it?

We can’t count on a magic bullet to save us, said Jason Switzer, director of the Alberta Clean Technology Industry Alliance.

“There’s no question that we can’t keep deferring hard choices,” he said. “We do have to make difficult choices.”

The world needs to emit far less carbon and take out much of what’s already there, Jaccard said. Building an industry based on removing it from the air is the best way to develop cheap and efficient ways of doing that.

“People have to figure how to get enough support for these technologies they know we’re going to need.”