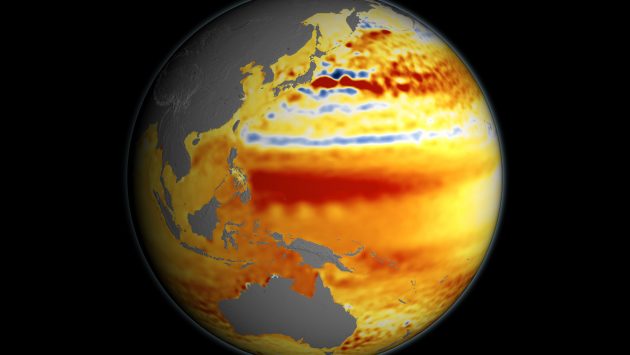 OTTAWA — A new climate change think tank funded by the federal government says Canadians should expect to face the harsh realities of a changing climate even under the most aggressive global efforts to cut greenhouse gas emissions.

The $20-million Canadian Institute for Climate Choices officially launches Jan. 21 with an inaugural report warning Canada will not be able to avoid the global economic shifts that adapting to climate change will bring.

It also says change is coming whether the world shifts quickly to low and zero-emitting energy sources, or continues as it is and then also has to face the social, economic and environmental disruptions that ensue.

“I think there is no question that the game is changing,” said CEO Kathy Bardswick. “The realities of Canada’s position in the world, and how we’re going to ensure our prosperity going forward, is changing. How we provide value as a country is changing.”

The institute will be at arm’s length from the government but fulfils a 2018 federal budget commitment to hire outside experts to assess the government’s climate policies and provide advice on new options.

The institute has mainly a virtual existence, with staff and experts spread across the country conferring with each other mostly through various online platforms. The board has met in person twice thus far, and there was an opening summit in November where members met in regional groups.

The institute will produce at least three major reports a year across the three main areas of climate action: adapting to a lower-carbon reality, mitigating against the effects of a changing climate and developing and producing the clean technology needed for both of those things.

More than four dozen experts are on board to provide input, including former oil executive Dave Collyer, economist Don Drummond, and World Resources Institute climate resilience director Christina Chan, along with a whose who of Canadian climate scientists and economic experts.

Bardswick said everyone at the institute is aware of the anxieties and divisions that climate policies can create. She said the hope is that if the institute can help develop a clear road map for Canada’s role, it could help calm everyone down.

The report says Canada has to prepare for the impacts that climate change will have on weather systems even if global emissions reduce rapidly, because those changes are already underway.

It also says if the world is going to meet the emissions cuts suggested in the commitment Canada made at the Paris meeting in 2015, it will “trigger an economic transformation on a scale not seen since the first and second industrial revolutions.”

If the first industrial revolution brought about machine factories, steam and water power and iron production, and the second brought about petroleum and the common use of electricity, the climate revolution will mostly electrify almost everything the world uses.

It won’t happen overnight. The report points out that even under some of the most aggressive decarbonization attempts, fossil fuels are expected to play some role for many decades.

But Bardswick said the signs from investors, even in the last few weeks, suggest the changes could start to come quite quickly.

BlackRock, the world’s largest money manager, said Jan. 14 it plans to make climate risk a key part of its investment strategies, including divesting of investments in thermal coal production.

Three days later tech giant Microsoft announced plans to switch all its buildings and data centres to renewable energy by 2025. It also wants to be taking more emissions out of the atmosphere than it is putting into it by 2030.

The report says Canada can either jump on board in the early stages, or risk massive job losses and economic pain when other countries pour money and time into the technology and manufacturing systems of the future.