Venture with The Hydropothecary Corporation will be a standalone start-up with its own board and management team. 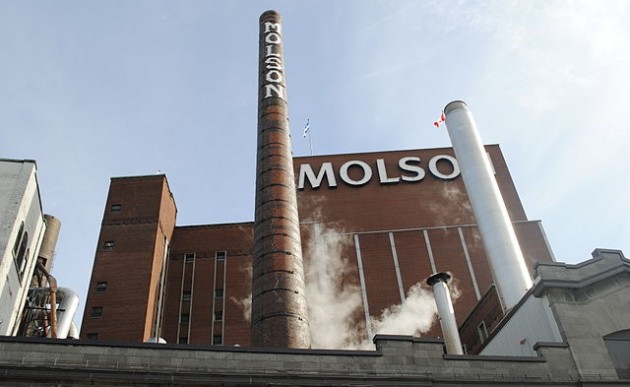 TORONTO – Molson Coors Canada has entered into a joint venture to develop non-alcoholic, cannabis-infused beverages, making it the latest big alcohol company to turn its eye to the budding marijuana market.

The business arm of Molson Coors Brewing Co. said Wednesday the venture with The Hydropothecary Corporation, now branding itself as HEXO, will be a standalone start-up with its own board and management team, with Molson Coors Canada having a 57.5 per cent interest and HEXO holding the balance.

“While we remain a beer business at our core, we are excited to create a separate new venture with a trusted partner that will be a market leader in offering Canadian consumers new experiences,” said Molson Coors Canada president and CEO Frederic Landtmeters.

“Molson Coors Canada has a unique opportunity to participate in this exciting and rapidly expanding consumer segment,” he said.

The deal comes ahead of Canada’s move to become the second country in the world to legalize recreational marijuana at the federal level and many companies are scrambling to take part in the resulting market opportunities.

Related:
Private sector to sell marijuana in Ontario once pot can be legally sold: report

Other alcohol companies have also been circling Canadian marijuana companies amid falling beer consumption in Canada and concerns that the buzzy and soon-to-be legal drug could take a further bite out of booze sales.

In May, marijuana producer Aphria Inc. said it has reached a deal that will see Southern Glazer’s Wine & Spirits, one of North America’s largest wine and spirits distributors, become its exclusive distributor of recreational cannabis products in Canada.

Edmonton-based Aurora Cannabis Inc. announced in February it would buy a 20 per cent stake in retailer Liquor Stores N.A. Ltd., which changed its name last week to Alcanna Inc. to reflect it now has alcohol and cannabis divisions.

Canopy Growth Corp. reached a deal last fall with Constellation Brands that saw the alcohol supplier invest $245 million for a 10 per cent stake in Canopy, and the two partner on marketing and product development.

Recreational marijuana is set to become legal in Canada on Oct. 17, but edible products infused with pot—including beverages—will remain illegal until specific government regulations are rolled out in 2019 at the earliest.

HEXO is based in Gatineau, Que., and currently has more than 300,000 square feet of production capacity with an expansion more than three times that size to be completed by the end of the year. Its stock rose about seven per cent to $5.30 in morning trading on the Toronto Stock Exchange after the deal was announced.

“We are excited about this partnership with Molson Coors Canada … as we embark on the journey of building a brand new market,” added CEO and co-founder Sebastien St-Louis.

The joint venture is subject to various approvals conditions and is scheduled to close before Sept. 30.